Diary of a Netflix Tragic #notanad

I avoided Netflix for a very long time.  Mostly because I know myself too well - access to that many quality TV shows and movies and I'd never leave the couch!

But we recently gave in and gave it a go and as expected I'm an instant Netflix Tragic.

I LOVE that you can watch a series or even an episode and if stopped part way you can simply pick up exactly where you left off the next time you turn it on.

I LOVE that there is a great mix of new and old so I don't have to head to my DVD shelves to dive into Pride and Prejudice anytime I wish.

I LOVE that I can catch up on a show on my phone at the airport.  Seriously cool, that.

So here are some of my faves: 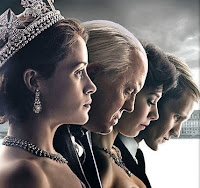 "The Crown" - what class!  A brilliant, engaging, entertaining, believable glimpse into the life of the British Royal family. And some of the best acting I have ever witnessed.  Jonathon Lithgow as Winston Churchill is superb. The man gives me chills every time he's on screen.

"Orphan Black" is a study in character acting. Tatiana Maslany, who plays several parts, is phenomenal.

"Crashing" - hilarious Brit twentysomething rom com. Only 1 season but I hope they do more!

"Offspring" - glorious Aussie show, so cool to be able to catch up on the final two seaosns that I'd missed when it was on free to air TV!

Hannah Gadsby's "Nanette" is a MUST WATCH stand up show. Funny, moving, and a kick in the pants.

The Netflix Original movies are fantastic!!!  I adored "Set It Up". "Ibiza" was totally fun with some serious sexual tension. As for "To All the Boys I've Loved Before" - le sigh!!!

So, are you a Netflix Tragic too?  Or yet to join the cult?  What are your must watch shows?