Things That Glow In The Dark.

I consider myself extremely fortunate to live  in one of the most beautiful places in the world- Tasmania. We have a cool temperate climate with four distinct seasons- sometimes all four will present in one day! We are the seemingly tiny island at the bottom of the mainland of Australia. But just ask any tourist who has tried to see Tasmania by car in a week and they will tell you it is not so small. 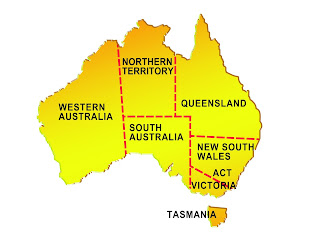 One of the most spectacular things about living in Tassie is we are far enough south to see the Aurora Australis or Southern Lights. I first saw the Northern Lights, Aurora Borealis whilst living in Scotland for the first four years of our marriage. I will never forget that awesome glow in the sky while we were driving through the highlands late at night. 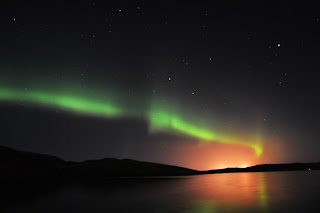 And I will also never forget the first time I saw the Southern Lights in Tasmania. We were at our holiday home, which in Tassie is called a shack.  Confusing, because a shack can mean anything from a rustic cottage with no electricity to an architecturally designed award winning house.  We were playing spotlight with the kids in the sand dunes. For those of you who don't know what spotlight is, it is basically hide and seek with torches. The person who is 'in' has to find the people hiding by shining a spotlight on them. We were dashing behind the coastal wattle bushes in the sand dunes to escape the glow of the hunter's torch when we looked towards the southern sky and it looked like huge searchlights waving across the sky. My husband who is a keen astronomer ( it's one of his six university degrees) then proceeded to give our boys an astronomy lesson. 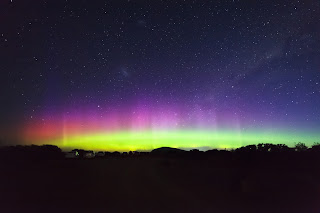 We have seen the Southern Lights too many times to count over the years. Some times they are truly spectacular, other times just a faint glow. It is such a magical feeling to be sitting on the deck at our shack and watching the light show. But even when we can't see the Aurora, the stars are just as amazing on a clear night. We have had interstate and international visitors just look up and gasp as there is virtually no light pollution where we are. It really is the most majestic sight.

Have you ever seen the Southern or Northern Lights?  Or a particularly starry night sky? I have a signed copy of my latest release The Temporary Mrs Marchetti for a reader who leaves a comment.