The games we play... 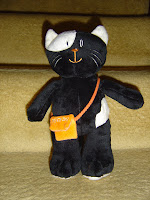 Glory be! I’ve finally joined the Indie author ranks with my self-pubbed novella Christmas Wishes New Year Kisses, which was part of last year’s Hot Christmas Night’s Box Set (which was released with some of my fellow LoveCats). Here's the back cover blurb to whet your appetite ;-) :

When small-town veterinarian Josh Halliday drags his stressed best friend and business partner to a tropical beach for some much-needed R&R, he hadn’t counted on the sight of her in a bikini rocking his world. Realising the treasure that’s been under his nose all these years, can he convince Erin to take a chance on love…with him?

Erin Timms has all she can handle right now. Her friendship with Josh is one of the few things she can rely on and she’s determined not to let him ruin a perfectly good friendship for sex. Which would be easier if she could resist the heat that’s rising between them.

The novella has one of my all-time favourite tropes—it’s a friends-to-lovers story. There’s so much at stake when you become lovers with your very best friend…but so much to gain if it works out! That tension is one of the reasons I love the trope so much. The other reason is how well the heroine and hero know each other, and the insights we get into their friendship—the in-jokes, the way they can read each other at a glance, their teasing and the games they play. 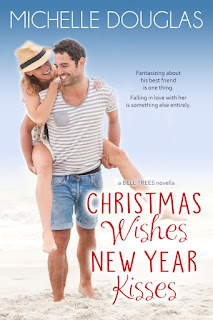 Josh and Erin have known each other since kindergarten. They went to school together, graduated from university together, and have set up their own veterinarian practice together. Ever since they’ve known each other they’ve play a particular game—the What-Would-I-Choose? Game.

“Meet me down at the waterhole?”
She blinked. The waterhole on the edge of town had been a favorite haunt of theirs as teenagers. “Why?”
“I have chocolate milk in the Esky and a bag of salt and vinegar chips. A big bag.”
He hadn’t answered her question, but when he dangled a family-sized bag of crisps at her she didn’t care. “You had me at chocolate milk.”
His laugh warmed her. “See you there in five.”

When Erin arrived at the waterhole, Josh was already sitting on a blanket in the flatbed of his truck. “If you had to give up chocolate milk or salt and vinegar chips,” he said, as she climbed up beside him, “which would you choose?”

Example 2 (after they’ve arrived at their resort in tropical Queensland and Erin has gone into transports of delight that the fruit bowl in her room is replenished with mangoes every day):

It was his turn to laugh. “You can add the ones from my fruit bowl too if you want.” Mangoes were an expensive rarity in Bell Trees. He rested back on his towel. “If you could eat only one fruit for the rest of your life, what would you choose?”
Beside her, her phone buzzed. She glanced at the screen, read the incoming text and some of the light went out of her face. She put the phone back down. “Apples.”
He sat back up. “Apples? Why apples when you could have mangoes or strawberries or peaches?” She loved all of those things. Apples were so…
“I grant you that mangoes are one of the most divine foods on earth, but you can’t throw one into your bag—or your truck—to snack on later. They bruise too easily. A mango is not a food you can eat on the run. An apple, though, can take you a long way.”
An apple was so darn practical! When had she stopped reaching for the more exciting things in life? When had she started settling for apples?

Example 3: (after things have heated up between them and they’re desperately trying to get things back on an even footing):

“It’s so quiet here in the morning.” She tore open one of the bags of crisps. “Which would you choose? To live on a beautiful twenty-acre property—it’s your dream parcel of land—but you have to live in a caravan, or would you rather your dream house—it has everything you’ve ever wanted in a house—but neighbors hem you in on all sides?”


[Spoiler alert: Josh chooses the house that has a theatre room, a three car garage for all the toys, and…and a fireman’s pole. Erin chooses the acreage with her own private lagoon and an orchard.]

So let’s play the game too—and to make it more exciting I’ll give away one copy of Christmas Wishes New Year Kisses to one commenter. :)