Do you have a phobia? 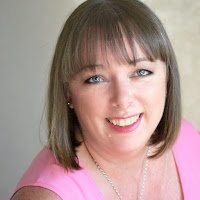 I'm writing about a character who has a phobia of public speaking (glossophobia)--a genuine mind shattering, heart stopping, body shaking terror of it--and it got me to thinking about phobias in general. As I read all these I realized I'm a great deal more mixed up than I thought!

Here's a list of the top ten (if there can be such a thing) phobias:

1.  Arachnophobia (the fear of spiders). Interestingly enough, this would be my biggest fear but I don't think I'm at phobia stage...yet. My husband, of course, loves spiders. Shudder!

2.  Ophidiophobia (the fear of snakes). I used to think I was afraid of snakes and could never imagine ever wanting to touch or hold one but on a trip to the US a couple of years back a couple of us visited a reptile museum and we got to touch and hold a couple of snakes. Granted, they were small, but surprisingly, I grew more fascinated by them and less fearful, the longer we were there.

4. Agoraphobia (the fear of open or crowded spaces). I'm interested to see that this phobia entails crowded spaces along with open ones. Generally I love open spaces, although I did lose my nerve once, scuba diving at about 80 feet with amazing visibility. To be honest, I was freaked out by the fact I could see for metres under water when I was more used to diving in more murky depths. I guess I really don't like to see what's coming, LOL! Suffice to say I've never scuba dived since. Crowded spaces just wear me out.

5.  Cynophobia (the fear of dogs). Okay, I can understand that in some ways, especially if someone has had a genuinely terrifying experience with a dog, whether it was genuinely aggressive or just playing. I'm very glad I don't have this phobia because that would definitely make time with the grandpuppy a very difficult proposition.

6.  Astrophobia (the fear of thunder and lightning). I'll put my hand up for this one but with a disclaimer. Only at night and particularly when Mr Fix-it is on night shift and therefore not there to be my Rock of Gibraltar in times of stress. Sometimes I don't mind the thunder so much, especially the crackling kind, but lightning makes me extremely nervous. Probably because I'm waiting for the thunder to come after. I always count it out. Do you?

7.  Claustrophobia (the fear of small spaces). I actually think I'm okay with this. I can have an MRI without sedation but only because if I know something I'm going through has a finite period and I can keep my eyes closed and put my mind away somewhere else, I can cope with pretty much anything.

8.  Mysophobia (the fear of germs). It's a good thing I don't suffer from this one because I really am not a great housekeeper. I prefer to think my skills lie in other areas. ;-)

9.  Aerophobia (the fear of flying). Again, not one of my phobias, although I'm less keen to go flying in Mr Fix-it's airplane these days, but that comes mostly because of a tendency to motion sickness which seems to be getting worse as I get older rather than better.

10. Trypophobia (the fear of holes). Apparently one can experience actual biological revulsion over a hole. It's an extreme and irrational fear (although I'm sure it's not irrational to the sufferer) and causes the sufferer to avoid even honeycombs and sponges.

So, those are apparently the top ten. Do you identify with any of those or have any others you'd like to share?

Oh, and by the way, I have a book out this month in which there are no phobias, except perhaps of small children and long term commitments. Look out for ONE HEIR...OR TWO?
Posted by Yvonne Lindsay