Today we have a smooch from Yvonne Lindsay, but first
... the winner of last week's Sunday Smooch Giveaway is ... FRANCA POLI!


Can you please contact kandy (at) kandyshepherd (dot) com to receive your copy of FROM PARADISE...TO PREGNANT.


And now for today's Sunday Smooch from Yvonne! 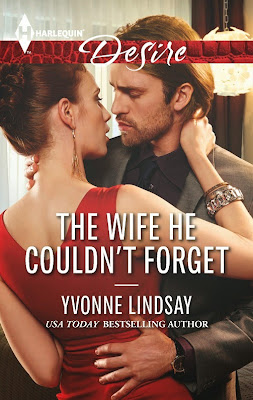 THE WIFE HE COULDN'T FORGET

A husband's amnesia means a second chance at love in this story by USA TODAY bestselling author Yvonne Lindsay.

After an accident leaves Xander Jackson with no memory of the past several years, he doesn't realize he walked out on his marriage. And his wife, Olivia, grabs this chance to start over with the man she still desires.

Allowing Xander to believe they're still the passionate, loving couple they once were is one thing. But Olivia must also hide all evidence of the devastating loss that destroyed their relationship. It's the biggest gamble of her life...and everything depends on reclaiming Xander's heart.


After a six week coma and three more weeks rehabilitation, Xander Jackson finally comes home with his wife, Olivia. But living together again is not as easy as Olivia first thought it might be, and perpetuating the lie that they're still happily married is beginning to take its own toll.


The first thing Olivia became aware of when she woke was Xander’s face immediately in front of hers. His eyes were open, and his face so serious, so still, that for a split second she was afraid he’d remembered. But then his eyes warmed and he gave her that special half smile of his.

“Livvy?” he asked, lifting a hand to push a hank of hair off her face.

Her eyes widened and her heart went into overdrive. How long had it been since she’d heard those precious words from Xander’s lips? Far too long.

She turned her head so she could place a kiss in his palm. “I love you, too.”

She snuggled up closer to him, loving the fact she could.

“I mean it,” he said. “I was thinking about the accident and wondering when the last time was that I told you how much you mean to me. It frightened me to think it might have been a very long time ago, and that I might have died without ever telling you again.”

She was lost for words.

Xander continued. “And I wanted to thank you.”

“Thank me? Why? I’m still your wife.” She gasped in a sharp breath. Would he pick up on the slip she’d made, referring to herself as still being his wife?

“You’ve been so patient with me since I was released from the hospital. I appreciate it.”

He leaned in a little closer until his lips touched hers in the sweetest of kisses. Olivia felt her body unfurl with response to his touch—her senses coming to aching life. She couldn’t help it; she kissed him back. Their lips melded to each other as if they had never been apart at all, their tongues—at first tentative, then more hungrily—meeting, touching and tasting. Rediscovering the joy of each other.

Xander’s hands skimmed her body, lingering on the curve of her waist, touching the swell of her breasts. Her skin grew tight, her nipples aching points of need pressing against the thin fabric of her bra. He palmed them, and fire licked along her veins. And with it an awareness that doing this with him was perpetuating another lie.

With a groan of regret, Olivia caught at his hands and gently eased them from her aching body. She wriggled away from him and swung herself into an upright position. Drawing in a deep breath, she cast a smile at him across her shoulder.

“If that’s how you show your appreciation, remind me to do more for you,” she said, injecting a note of flippancy into her voice that she was far from feeling.

She looked at him, took in the languorous look in his eyes, the fire behind them that burned just for her. Even in their darkest days, they’d still had this physical connection between them. A spark that wouldn’t be doused. A need that only each other could fulfill. 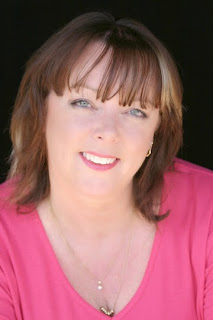 A signed copy of THE WIFE HE COULDN'T FORGET will wing its way to one commenter so share with us, have you ever wished you could start something over again--be it life, education, job, relationships, last night's dinner? Share your thoughts to go into the draw!

Come back next Sunday, when the winner of today's giveaway will be announced and a smooch from guest author Melanie Milburne will be posted!