Can you please contact michelle (at) michelle - douglas (dot) com to receive your copy of First Comes Baby... 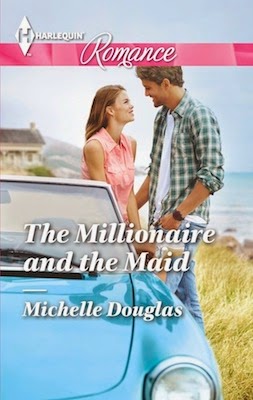 The woman who made him smile again…

Housekeeper Jo Anderson gets the shock of her life when she meets her new boss! Six months ago millionaire Mac MacCallum was a charismatic celebrity chef—now he’s scarred and reclusive…

The last thing Mac wants is a woman determined to make him confront his demons—especially when Jo clearly has her own! Why else would someone so full of beauty and zest for life feel like the plainest woman in Australia? Maybe it’s time Mac helped her realize just how special she really is…

Scene set-up: Jo wants to learn how to make a macaron tower...and she'll use fair means or foul to get Mac to help her. Mac isn't above using a few foul tactics of his own to get what he wants either. He demands a kiss--on the lips--in return for his help. Jo agrees on that proviso that it's mouth-on-mouth contact only. Ah...but can they stick to the rules?


Jo’s lips slammed to his and Mac was determined to kiss her until she finally believed she was beautiful.

Except her lips touched his and every thought, his very ability to think, dissolved as if rational thought had never existed. All that was left was sensation. Kissing Jo was like standing on a storm-tossed headland, with the wind whipping past and thunder clapping overhead and lightning creating jagged patterns across the sky. It was crazy and elemental and not to be withstood.

He didn’t try to withstand it. He’d never felt more alive in all his life.

He curved his hands around her face to deepen the kiss.

‘No hands,’ she murmured against his lips, before her tongue tangled with his and her hands went to the back of his neck to pull him closer.

Where he was hard she was soft. Where he was famished she spread a banquet at his feet. Where he thirsted, she bathed him in water until he felt quenched. He never wanted to stop. Kissing Jo didn’t just make him feel alive. It made him feel free.

He groaned when she eventually reefed herself out of his arms. She stood there staring at him, her chest rising and falling and her fingers pressed to swollen lips. He reached out a hand to her, but she backed up and shook her head.

‘Did I hurt you?’ he managed to croak out.

She pulled her hand away. ‘Of course not. I… It’s just—’ She tried to glare, but it didn’t quite come off. ‘I thought you promised me gentlemanly behaviour?’

So had he. ‘I lost my head.’ He glared too. ‘This whole thing we decided—that kissing is a bad idea—that’s a load of hogwash. Kissing you is the best idea I’ve ever had. I like kissing you, Jo. I like it a lot. I think there should be more of it.’

If you had a chef at your disposal, which dish would you have him teach you?

Come back next Sunday, when the winner of today's giveaway will be announced and a smooch from Helen Lacey's The CEO's Baby Surprise will be posted!

Email ThisBlogThis!Share to TwitterShare to FacebookShare to Pinterest
Labels: michelle douglas, Sunday smooch, the millionaire and the maid