... the winner of last week's Sunday Smooch Giveaway is Ruby


Can you please contact Helen Lacy on mail (at) helenlacey (dot) com to receive your prize.


* Note from Amy - I posted a smooch from RB last year when it was first released. It can be found here I'm posting another today to celebrate its lovely new cover. 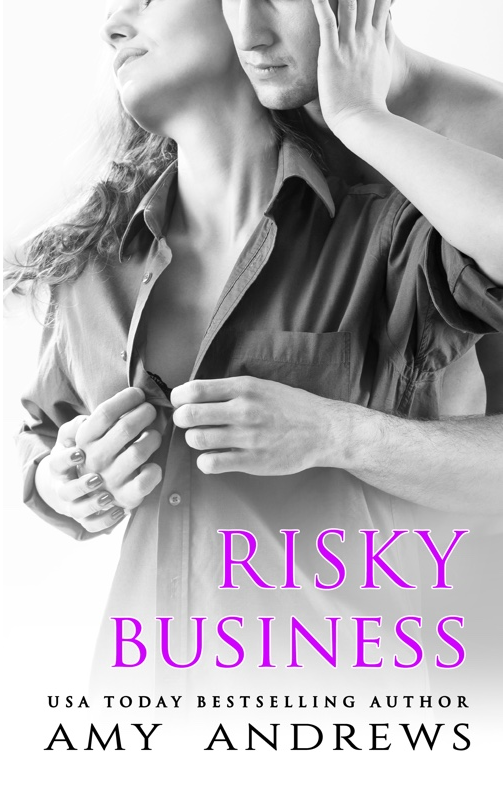 Samantha Evans’s life is going to hell. Not only has she rage-quit her beloved, high-powered job, but she is suddenly afflicted by hormones, free time, and an unavoidable, unignorable, undeniably gorgeous irritant in the form of Nick Hawke, her extreme sports star neighbour, who has come home to take over the reins of his grandmother's second-hand bookshop. Sam needs something to keep her from begging for her old job back until she's good and sure her boss understands how wrong he was, and taking a low-risk, low-stress job helping Nick at the bookstore might be just the thing.
After all, it's not like Nick is the right guy to help her with her hormones. He'll just be fun to look at while she searches for the one.

Nick has six months to get over an injury before Everest and a big, fat contract beckon. That means no sports, no danger and, above all else, no risks. It means playing it safe. And Nick Hawke doesn’t do safe. So he’s going to need something to stave off the boredom while selling books he doesn't read to people who wouldn't know a carabineer from a crochet hook. What could be safer than hiring a cranky, unemployed accountant to help run the bookstore? Sam is efficient and methodical and messing up her neat, post-it note world could be a fun way to pass the time….
Risky Business mixes the classic romance of Philadelphia Story, the humour and wit of When Harry Met Sally, and a strong, contemporary Australian setting to create a delightful, irresistible, utterly satisfying treat of a novel.


Scene set-up
It's Samantha's birthday and there's only one kind of present she wants from Nick!


Suddenly everything went dark as the lights went out and Samantha dragged her eyes away from the window to find Nick advancing slowly toward her illuminated by a cake ablaze with candles. He had eyes only for her as he sung her a surprisingly in tune Happy Birthday with a stupid grin.
Samantha stayed rooted to the spot. There was something so intimate about the scene she found it hard to breathe. He finished the song as he drew level with her. The candlelight gave him a mysterious edge and he looked more pirate-like than ever.
‘Blow ‘em out, birthday girl.’
The candles blurred into one as she felt tears prick her eyes, and she dutifully leant forward and puffed them out in one hit. The room became dark again and she was glad for its cover as she blinked away the moisture clouding her eyes.
‘Make a wish,’ he murmured.
She shut her eyes and wished Nick would throw the damn cake against the wall, sweep her up in his arms and take her to his bed. She opened them a few seconds later, disappointingly with both feet still on the floor.
Oh well. Maybe that was a sign. Maybe she should just eat her cake and go.
‘I have a present for you,’ he said, still holding the cake between them. The city lights from outside threw a low gloom over everything now her eyes had adjusted.
There was only one present she wanted from him.
Her gaze flicked over a picture of him in a plane. Samantha knew it was now or never.
Bugger the danger.  Here goes nothing.
'Actually Nick,’ her voice sounded strange stuttering into the semi-darkness, ‘I was wondering how you felt about granting me a birthday wish, instead? This is probably going to shock you but I’m just going to say it anyway. Put it out there.’
‘Okay...’
‘Don’t say anything, okay? Not until I finish because otherwise I'll chicken out or vomit and as you've seen me do that already, I'd rather not go there.’
‘Just say it Sam.’ Nick could feel the slow hard bang of his heart against his ribs. Was this what he thought it was?
She inhaled a ragged breath and looked in the direction of his top shirt button. ‘You told me once that you had a hundred percent success rate...that has kind of stuck in my mind and I know that you're leaving soon and you don’t want babies and even if you did you're not in my demographic but you did tell me to knock on your door when I was sober and so...well here I am...sober and...I was kind of wondering whether you think birthday sex might be...doable.’
Silence filled the room as her speech petered out. It settled between them as Nick gripped the plate hard with both hands.
Doable?
His heart hammered and he licked suddenly dry lips. Doable? He looked into her grey eyes and thought, more than just doable, an absolute requirement.
He glanced at the cake, the smell of the chocolate frosting wafted towards him, making the moment sweeter still. He dipped his index finger in the soft gooey icing, brought it to her lips and almost groaned when she opened her mouth and sucked him in, her tongue devouring every sticky morsel.
‘Is that a yes?’ she asked, nervously licking some icing from her lips.
‘Oh god, yes,’ he muttered, placing the cake gently on the windowsill behind them before yanking her close.
Okay, so they'd kissed before. But not like this. Not full of the promise of what was to come. It took all Nick’s self-control not to rip her clothes off and have her against the wall as she pushed her body closer and moaned against his mouth. It was her birthday and he had a lot to prove. She hadn't believed him when he had told her about his prowess so it was important to pace himself. Hold back. Tonight was about her. Yes, his body ached to be inside her but that wasn’t important.
That would happen soon enough.
And man could she kiss. Every cell in his body was quivering at the exquisite softness of her mouth, the smooth glide of her tongue, the way she moaned and sighed and the way she squirmed against him trying to get closer. The feel of her breasts pushed up against him, the hard pebbles of her nipples rubbing through his shirt to the skin beneath. The sheer unadulterated force of her passion. She was burning up in his arms and he wanted more.


For your chance to win an e-copy of Risky Business, tell me, have you ever had a birthday wish come true?