Today we have a smooch from  Helen Lacey......but first

Can you please contact michelle (at) michelle-douglas (dot) com to receive your copy of The Millionaire & The Maid.........


And now for today's Sunday Smooch from The CEO's Baby Surprise by Helen Lacey........ 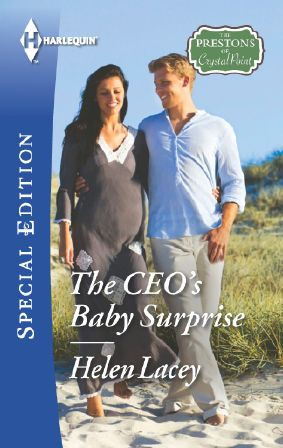 Mary-Jayne Preston didn't do one-night stands—ever. Except for her one and only with devastatingly handsome tycoon Daniel Anderson, who swept her off her feet before she knew what was happening! The attraction was powerful…and seemingly mutual. But when she told him she was pregnant, all bets were off!

Daniel hadn't let his guard down since tragedy struck his own life four years earlier. Now he's drawn to the irresistible M.J., but cannot—will not—let himself fall in love with her. He insists on marriage to protect her and their twins, but M.J. will accept nothing less than true love from this lone wolf…forever.

Scene set-up
[ Mary-Jayne and Daniel are at the doctor having an ultrasound and they have just learned they are expecting twin boys!)

Someone could have told him that he was going to live on the moon for the next fifty years and he wouldn’t have been more shocked.


“You’re sure?” he asked the doctor and noticed how Mary-Jayne hadn’t moved. He squeezed her hand reassuringly. “And they’re fine?”


The doctor nodded. “Fine. Big, strong and healthy. Would you like to listen to their heartbeats?”


Daniel didn’t recall saying yes. But within seconds he had small earphones on and heard the incredible sound of his son’s hearts. Emotion rose up and hit him directly in the solar plexus, polarizing him for a moment. He swallowed hard, fighting the heat in his eyes and throat. Nothing he ever heard again would match the sound of the two tiny heartbeats pounding almost in unison. Longing, absolute and raw, filled his chest with such force he grabbed the side of the chair for support.


The doctor said something about having a picture done for them but he barely heard. He took off the earphones and gently placed them over Mary-Jayne’s head. Watching her expression shift from shock to wonderment was incredible. Her face radiated with a joy so acute it was blinding in its intensity. She’d never looked more beautiful.


The doctor stood. “I’ll arrange for a picture and come back in a little while,” she said and quickly left the room.


Daniel tightened his grip on Mary-Jayne’s hand. “Are you okay?”


She dropped the earphone onto the bed. “Um…I think so.”


“Not what you were expecting, huh?”


She sighed. “Not exactly. But…” Her words trailed off for a moment. “I’m happy.” She glanced at the now blank screen. “I can’t quite believe it.”


“Are there many twins in your family?” he said and rubbed her fingertips.
She shrugged. "Not really. I know there are in yours, though."

He nodded and grinned. "Yes. My brothers are twins. My grandfather was a twin, and I have two sets of cousins who are twins. it's like an epidemic in my family."

"This is all your doing, then?" she said and smiled.

"I don't think there is actually a genetic link on the father's side, but I'll happily take the credit if you want,' he said softly. "Are you okay with this?"


"I'm happy, like I said. And a little scared. I wasn't expecting two." She looked down at her naked stomach. “I wonder if the nurse will come back to get this goo off my belly.”


Daniel released her hand and got up. He found a box of tissues on the counter and came back to her side. “This should do it,” he said as he sat down and began wiping the gel off her skin.


It was the most intimate thing they’d done in months and even though he acted as perfunctory as he could, it didn’t stop a surge of desire from climbing up his spine. She lay still, perfectly composed. Until he met her gaze and saw that she was watching him with scorching intensity. When he was done her hand came up and she grabbed his fingertips and then gently laid his palm against her belly. She placed her hand on top of his, connecting them in a way that was mesmerizing. Feeling her, feeling their babies, Daniel had no answer for the sensation banging around in his head.


He’d never wanted to feel this again. Not after Simone.


But it was inevitable. They were his children. His sons. They were part of him. How could he not get drawn into feeling such acute and blinding love for them? He couldn’t. And he wanted them. He wanted to be part of their lives. Full-time. A real parent.


He looked at Mary-Jayne. Her eyes were bright. Luminous. She chewed on her bottom lip and his gaze immediately went to her mouth. He touched her forehead with his other hand and felt the connection down deep. Soul-deep.


In that moment he could nothing else but kiss her.


And her lips, as new as they were familiar, softened beneath his instantly. Daniel’s pulse quickened as the kiss quickly deepened. Her breath was warm, her tongue accepting when he sought it with his own. She sighed deep in her throat and a powerful surge of desire wound through his blood. He touched her hair, twirling the glorious strands between his fingertips. Her hand came up to his chest and he felt the connection through to his bones. And he kissed her again. And again. With each kiss his need for her grew. As did the knowledge he had one option. One way to make things right.


“Mary-Jayne,” he said against her lips, trailing his mouth down her cheek to the sensitive spot by her ear lobe. A spot he knew made her quiver. “We should get married.” 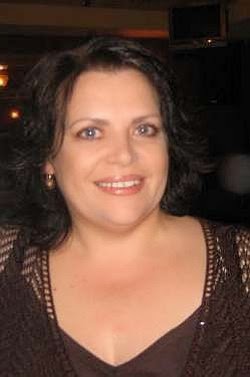 Do you believe that opposites attract?

Leave a comment to go into the draw to win a copy of The CEO's Baby Surprise.

Come back next Sunday, when the winner of today's giveaway will be announced and a smooch from  Amy Andrews will be posted!