When I Grow Up

Writers tend to play the "When I Grow Up" card often.  As in, "When I grow up I want to be Nora Roberts." Or Eloisa James or Marion Lennox or Barbara Samuel or Nalini Singh.  It's not so much an envy thing as a respect thing: respect for the writer, the woman and her work.  (Also we live a lot of our lives in a fantasy world!)

But long before I started respecting the dickens out of brilliant women who write brilliant books, I was a reader and there were only the books, which I immersed myself in from my early teens.  My introduction to romance was through the serialised abridged versions of Mills & Boons in an English  magazine which my mother bought for the recipes, knitting patterns and famous people. English Womens Weekly, I think?

Condensed, serialised, once a week, was never going to be enough.  To feed my obsession I haunted the op shop, picking up pre-loved M&Bs and Barbara Cartlands and Lucy Walkers.  Lucy Walker was my favourite and my absolute favourite stories featured a governess brought to the Australian outback by a tall, dark enigmatic stranger.  In my favourite of favourites he was A Man Named Masters, which I still think is an inspired title. 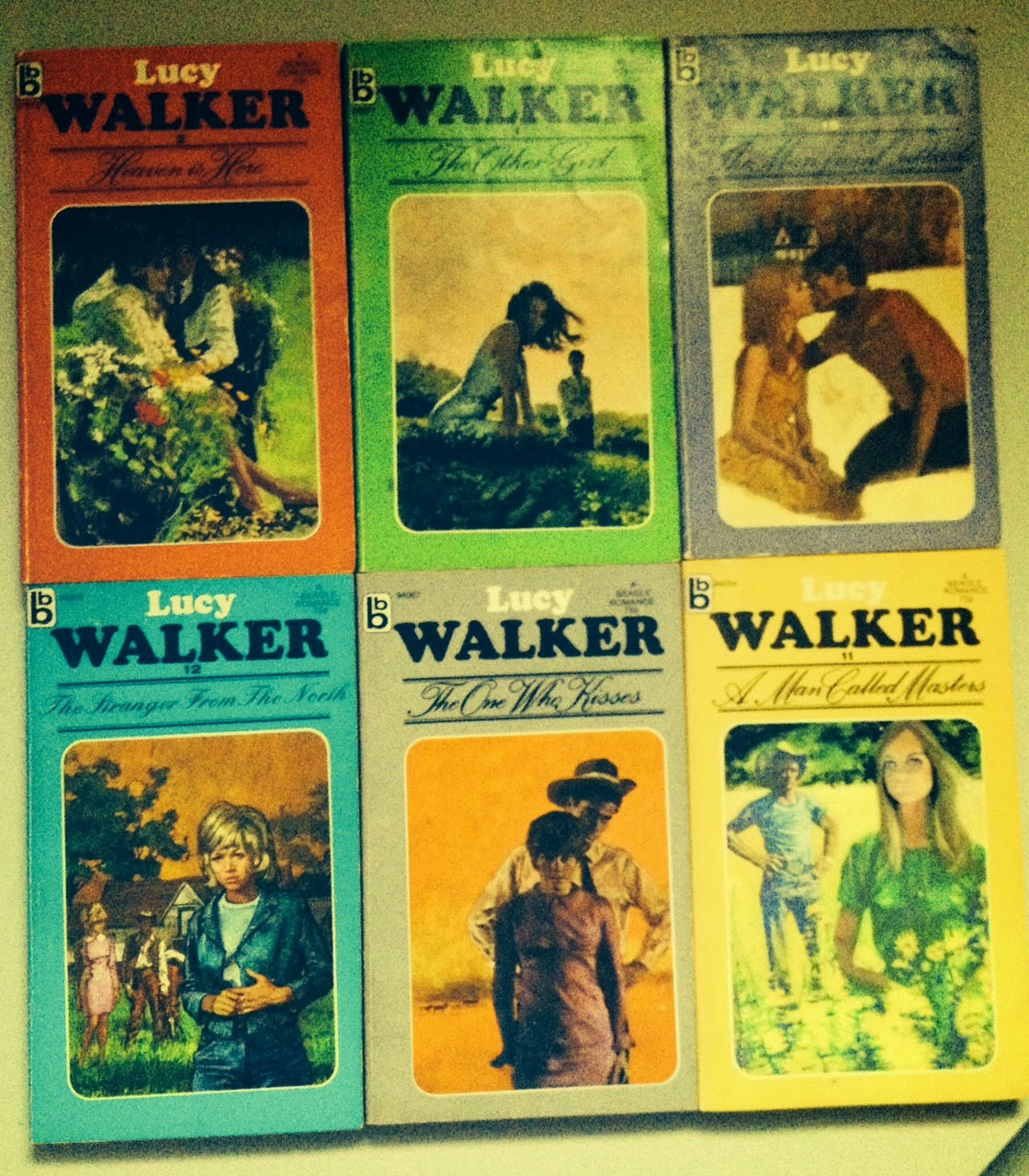 I wanted to be that governess.  Not only to the extent of living the story through her eyes in her point of view as a stranger to the outback and to masterful, enigmatic men, but I decided that: when I grow up, I want to be a governess in the outback.  To the extent that I longed for the weekly arrival of The Land and Weekly Times newspapers almost as much as the English Womens Weekly, because I covertly scoured the classifieds for such jobs.  (Being an early teen I was able to gloss right over the facts, such as the children. I was only thinking of the outback and the romance.)

I moved on, although I never stopped living the stories I read through the eyes of the heroine.  While immersed in a fabulous story, I've wanted to be a hard-edged FBI agent, an English aristocrat, a ride-at-full-tilt polo player, an attorney with all the smarts and all the lines, a doctor with the heart and the courage to work beyond borders, and a score of others.  That is what romance novels have given me: fabulous stories by fabulous women about fabulous women.

I don't need ask if anyone else is inspired by the books we love.  Or if anyone was as obsessive about romance in their early teens as I, but I will ask if anyone read books in those formative years which inspired "When I grow up, I want to be…" dreams.  Perhaps ones as fantastical as mine, perhaps ones with a tad more realism.

PS: In a weirdish moment of synchronicity, a spam email landed in my inbox while I was finishing this post with the subject line: Did You Dream of Being A Teacher?