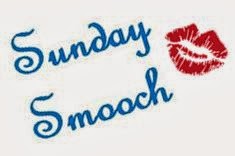 Today we have a smooch from Louisa George, but first ...

the winner of last week's Sunday Smooch Giveaway is --SHARLENE!

Sharlene, can you please contact Robyn Rychards : robynrychards (at) yahoo(dot) com to receive your copy of Her Knight in Shining Armour! 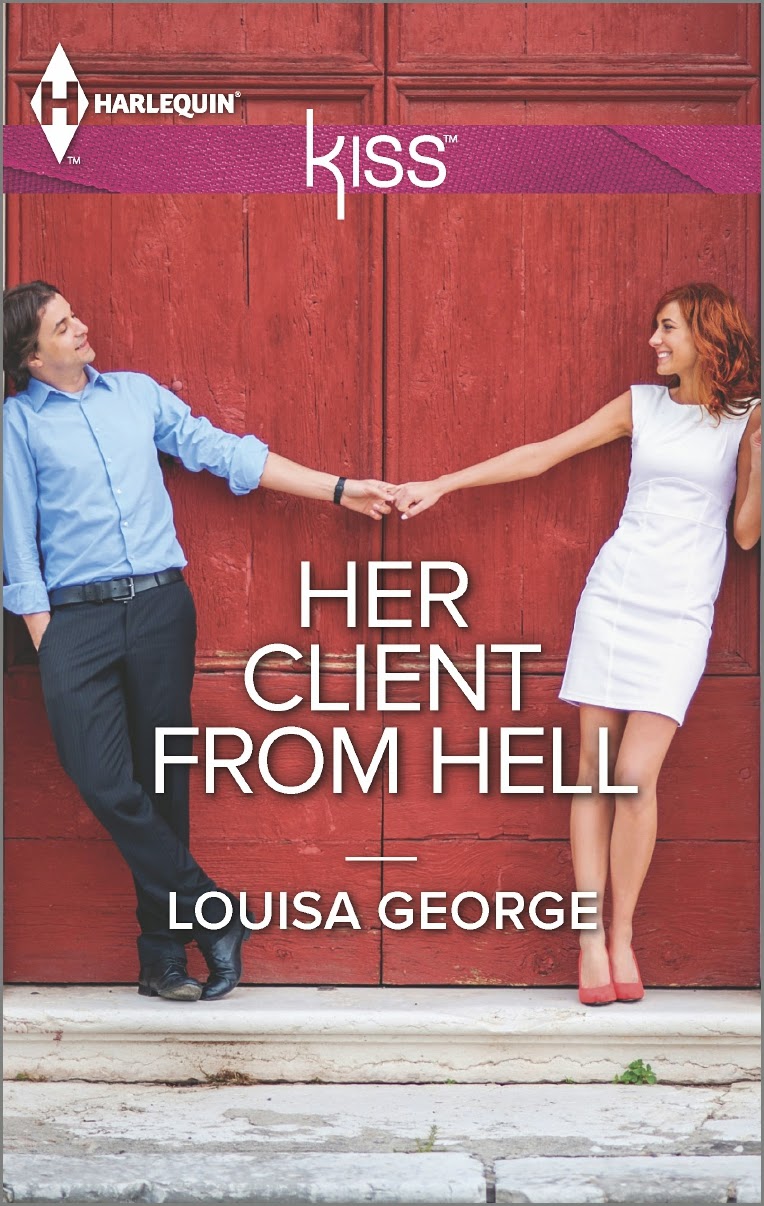 Cassie Sweet has a new mantra in her life- failure is not an option! Her good-for-nothing ex might have run off with all her money, but she’s determined to make her new catering business a success. So no distractions. Nothing. Nada. Zero. Which means her infuriatingly rude-and exasperatingly handsome!- new client, filmmaker Jack Brennan, is definitely off the menu…

KISS scene…Cassie and Jack have just spent an evening at an Awards dinner, spending most of the time trying to ignore each other and not giving in to the attraction fizzing between them….

An hour later with fifty bread tartlet shells cooling on a rack, lamb meatballs rolled and resting and humous whizzed to within an inch of its life Cassie leaned against her kitchen bench and took a long slow breath. Damn the man. Even heavy duty cooking hadn’t been able to save her from her thoughts. It would have been very easy to slip into those arms, to feel the strength emanating from him. To rest her head against that crisp shirt. To breathe in that male smell. Too easy.
But she’d scraped together every scrap of self control and left.
Yay, me.
Geez, self control was a real doozie.
She still wanted his hands on her. To taste him again. But wanting and having weren’t part of her plan. Her business was. Strictly business. And by the look of her to-do list the business would be keeping her up into the small hours tonight.
She hauled a large bag of kiwi fruit from her pantry cupboard and began to peel, jumping when her front door buzzer blared through her daydreams.
She pressed on the intercom button. ‘Hello?’
‘Hey, Cassie.’ The voice was unmistakable. Her heart skittered and jumped despite the knowledge that having him distract her again would probably mean working through the night. All she needed was dream-boat man in her house and her self control would spoil like over-microwaved chocolate. A sticky unusable mess.
‘Jack? What do you want? It’s late. I’m busy.’ Her own voice was thready and high, yet hoarse. She leaned her head against the wall. Lead me not into temptation.
‘You forgot something.’
‘Oh? Okay, thanks. I’ll come down.’ When she opened the door he was standing half-sheltered by her first floor balcony, rain falling in thick sheets onto the rest of him. His penguin suit thoroughly and totally soaked, no tie, his open-necked shirt sticking to him, hair slicked across his forehead. But his eyes were lit with a bright heat.
His expression was dark and intense. ‘You got changed. Pity.’
Whoa. That was unexpected. The man was usually so uptight. Now he was here saying things that made her hot and jittery.
‘Cooking’s hard in a cocktail dress. Those domestic goddess types don’t really exist, you know. Don’t believe everything you see on the television. You of all people should know that.’ Although she wished she hadn’t chosen her slouchy yoga pants and a washed-out singlet topped off nicely with a sexy devil apron. She watched his gaze travel down her front, to the slogan Too Hot To Handle, the cartoon picture of a semi-naked hot body clad in tight red bikini, large comedy boobs and forked tail. And winced. Always the dream was better than reality, in so many ways. ‘It was a gift.’
‘Very thoughtful. Very interesting. And are you? Too hot?’
Looking at him? Off the damned mercury. ‘Just fine thanks.’ Confused, she noted his empty hands. She had her bag and her shoes, that was everything she’d taken out with her for the evening. Through that strange hoarse voice that was thick with want she spluttered, ‘So, what did I forget?’
‘This.’ Without any hesitation he stepped into the hallway, hands circling her waist as he crushed his mouth onto hers, filling her with his taste. There was no time to resist- not that she could have if she wanted to. This time he branded her with his mouth- scorching kisses across her lips, her neck. There was nothing tender or gentle. His face was intense, shadowed, his smell of elemental man and heat firing all her senses.
Breath stalled in her chest. He was here. For her. Taking what she’d tried so hard not to give. But how could she resist this? Him? She’d pushed him away earlier, she sure as hell didn’t possess enough restraint to do it a second time. Snaking her hands around his neck she pulled him closer.
‘God, Cassie.’ His mouth was close to her ear, his voice a wicked whisper that somehow hit every hot spot between her head and her toes. ‘Still no bra?’
‘You noticed?’
‘You’re joking? Every guy in the room noticed. Every guy watched you. Every guy wanted you.’ For a man so usually controlled there was nothing in his demeanour that showed turning up wet and uninvited was stepping out of his comfort zone. That saying words that made her belly fizz was in any way unusual. Every step was measured, intent. And hot. So hot. Was this a glimpse of the real Jack? 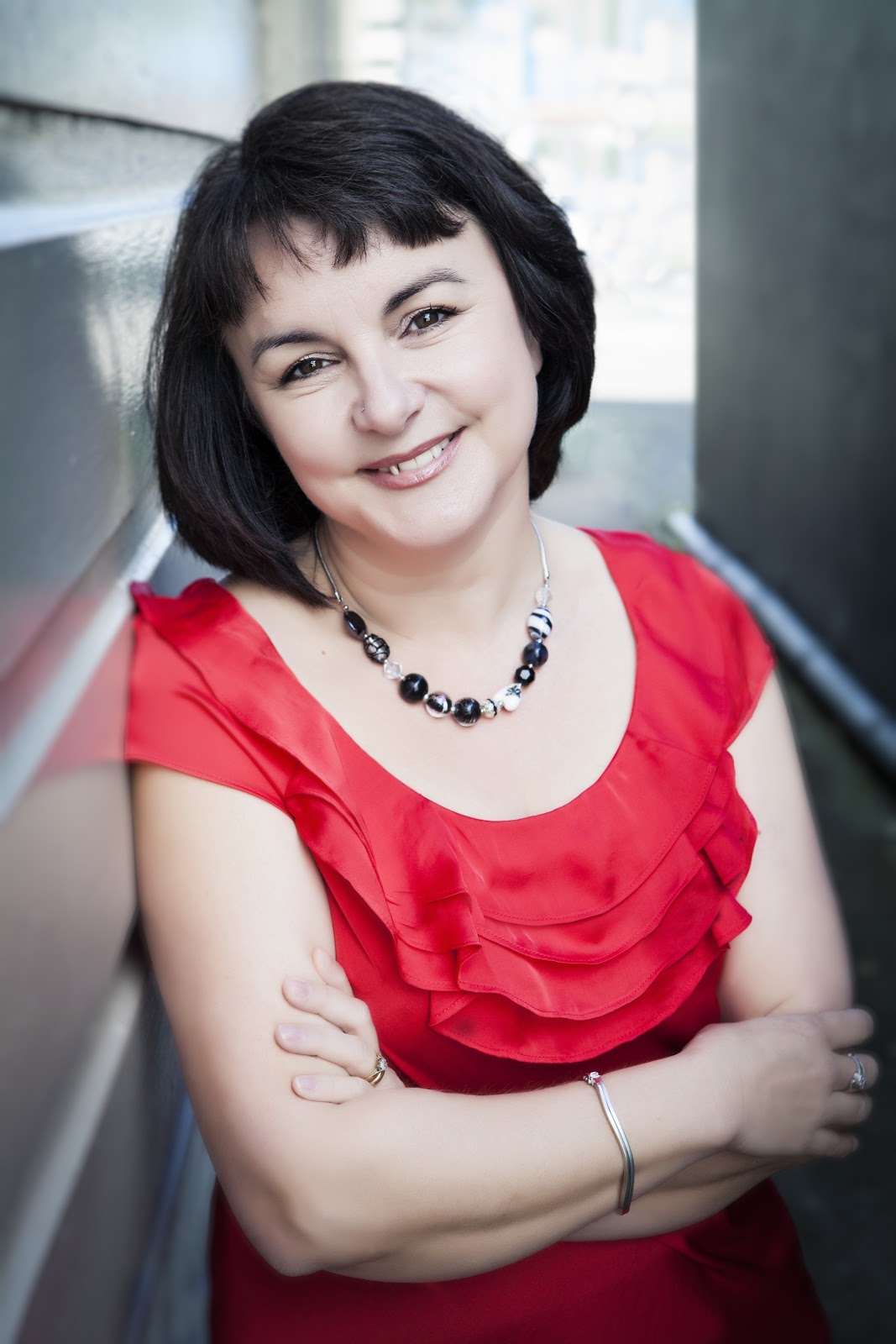 You can find Louisa’s book at Amazon and in book stores now!

Louisa is giving away a copy of her book to one lucky commenter!  So her question to you is:

Come back next Sunday, when the winner of today's giveaway will be announced -- and a smooch from Melanie Milburne will be posted!