Today we have a smooch from Jacqui Jacoby ---- but first


Can you please contact melaniemilburn (at) gmail  (dot) com to receive your copy of Flirting With The Socliate Doc  .........


And now for today's Sunday Smooch from With A Vengeance by Jacqui Jacoby........

The more she wanted out, the more they dragged her back in! 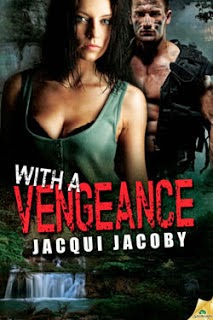 Daughter to murdered CIA officers, niece to a deputy director, Jaime Walsh has never known life outside the world of espionage. Until a high-action case in Buenos Aires leaves her gutted. Physically, emotionally…and professionally.

She’d planned for her long-overdue vacation to be a time to rest and reassess. With her longtime partner Stephen not far behind, it’s a tropical paradise away from work. A paradise where boundaries will be tested.

From their training days, Stephen Reid has watched Jaime kick ass while performing what has become his second job—watching her back. But now his feelings have grown.

As best friends look at each other in a new light, they like what they see. And Jaime dreams of a new life outside “the company”.

Except someone from their past won’t be satisfied until Jaime and the man she loves are hunted to the brink of death. Now Jaime must find the strength to trust her heart and let go of her fear. Before she loses everything…


Scene set-up [On a beach in Hawaii when it was only them in the dark with the surf, he knew it was time to pay up.]

"I want to break the boundaries.  I want to see what that territory is like,” he said, “I know it won’t be meaningless," he said, so quietly she barely heard him.
She looked up to stare him in the eye.  She licked her suddenly dry lips.  "I know," she whispered.
His first kiss was tentative, almost shy.  She could feel him holding himself back, afraid to touch her.  He kissed her top lip.  Then her bottom.  She brought her hands to his shoulders, her fingers softly hanging on for dear life.  He pulled back, pausing a half second, his breath warm, mingling with hers as she felt her knees giving way.
Then he covered her mouth with his, moaning as he took it deeper, his lips teasing and opening.  He moved a little closer until their whole bodies touched.  His hand left her face, wrapping around to the back of her neck, his fingers fisting in her hair.  The other left her waist, moving to the small of her back, pulling her even closer still.
He was the one who finally pulled back, leaning his forehead against hers, watching her eyes.  "Let’s go back to your place."
A gun?  No problem.  A little hand to hand, and Jaime could hold her own. Stephen staring at her like this and she was in over her head.   She wanted to look away.  Shyness dictated she should look away.  She forced herself to keep her gaze on his and swallowed hard.
"Okay.”  All the bravado in the world couldn't hide the nervousness in her laugh.
He kissed her again, breaking off to whisper softly in her ear.  "I want to take you back to your room and find out everything there is to know about this beautiful body."
Her head fell back and she laughed outright.  "What about my mind?"
He moved down her exposed throat with hot, wet kisses, nipping and biting just a little along the way.  "Already been there.  Will visit again soon."


She took his hand.  Without a word, she turned and headed back to her room. 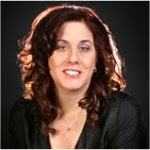 Connect with Jacqui at www.jacquijacoby.com

Do go into the draw to win a copy of With A Vengeance, leave a comment to this question....

Have you ever felt something more all of a sudden for a person whom you’ve known for a long time?

Come back next Sunday, when the winner of today's giveaway will be announced and a smooch from The Surgeon's Meant-To-Be Bride by Amy Andrews will be posted!