Today we have a smooch from The Tycoon's Socialite Bride by Tracey Livesay, but first ...... the winner of last week's Sunday Smooch Giveaway is Nas Dean!


Nas, can you please contact amy(at)amyandrews(dot) com to receive your copy of Forbidden Affair 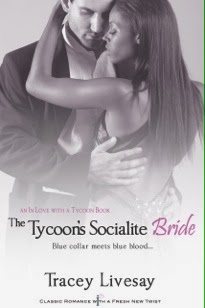 To avenge his mother’s mistreatment at the hands of her upper-crust employer, self-made real estate tycoon Marcus Pearson needs entree into their exclusive world. When D.C. socialite Pamela Harrington comes to him for help, Marcus realizes the golden admission ticket he’s been seeking has suddenly fallen into his lap.

Pamela will do anything to save her favorite cause, even agree to a marriage of convenience. The altruistic “it-girl” isn’t worried about the pretend passion with Marcus turning real; she’s sworn off powerful, driven men who use her for her family’s connections.
So she’ll deny the way her pulse races with one look from his crystalline blue eyes. And he’ll ignore the way his body throbs with each kiss from her full lips. Because there’s no way he’ll lose his blue-collar heart to the blue-blooded beauty.

Marcus and Pamela have been making the rounds of the social circuit, lending their engagement an air of authenticity. They are at one such event when this kiss takes place.

Smooch:
After dessert, they joined like-minded individuals searching for fresh air out on the adjoining terrace. White lights were strung through the lush foliage, and the bubbling water fountain enhanced the tranquil surroundings.
“That was impressive back there.”
She smiled. “I’ve grown up at dinners like these.”
“When talk turned to business, you made some really interesting points. You have a law degree but don’t practice?”
“Being a Harrington is a full-time job.”
“Then why invest three years in law school?”
“My family believes women should attend college to find a husband from a prominent family. I wanted something more.”
“It’s the twenty-first century,” he protested.
“You met my father. You try arguing with him about tradition. When I graduated with no promising proposals, I told the Senator law school would be fertile ground for an eligible husband.”
“And he bought it?”
“I got the degree, didn’t I?”
Standing there, her lips curved in amused satisfaction, he responded the only way he could.
He kissed her.
This wasn’t part of their agreement, but he didn’t care. She leaned into him, pressing her lips against his. He nudged them apart, slid his tongue in, and savored her.
She shivered and he wrapped his arms around her, pulling her tightly against his chest. God, she tasted so good, an intoxicating mixture of crisp champagne and...her. And he couldn’t get enough. He thrust his fingers through her hair, cupping her head and bringing her closer. She moaned and he felt himself harden. He slid his hands down her back and grasped her hips, moving against her, wanting her to feel the physical proof of his arousal.
She brought her hands up between them. “We can’t do this.”
His heart raced at the speed of light and his pulse thundered in his ears. He took a step back. He’d been on the verge of scooping her up and walking out of there without a second thought.
She stared at him, then reached up and ran her thumb over his bottom lip.
“Lipstick.” Her voice was husky, low.
And so damned sexy.
He grabbed her wrist, and never breaking eye contact, touched his tongue to the pad of her thumb.
Her eyes widened for a split second before she pulled away, her chest rising and falling, her breasts straining against her dress.
“I—I need a moment.” She hurried away from him.
He cursed. What was he doing? He was so close to getting everything he wanted. He couldn’t let this attraction, no matter how powerful, get in the way. 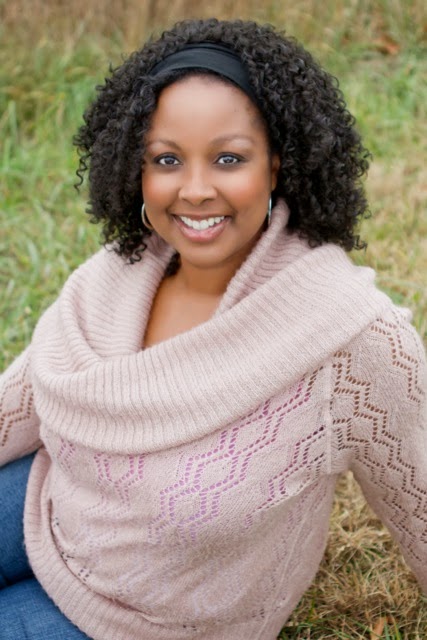 Tracey Livesay wrote her first romance novel at the age of eleven, called “The Healing Power of Love.” With a detour through college and law school--where she met her husband on the very first day--she’s finally achieved her dream of being a published author. She lives in Virginia with said husband and three kids. For info on her upcoming releases or to chat about TV, movies and/or purses you can check out her website or find her on Facebook and Twitter

I have an ecopy of "The Tycoon's Socialite Bride" . Tell me, can you teach someone to kiss or is it all about chemistry?