Please welcome the fabulous Zana Bell to Lovecats today. Zana is here to talk about her latest release, Close To The Wind ....

Tell us about your latest release Close to the Wind
It's an 1860s swashbuckling romantic adventure - a sort of Georgette Heyer meets Romancing the Stone where the heroine, Georgiana, must race across the world to save her brother on the NZ goldfields from an unknown assassin. To do so, she disguises herself as a boy and escapes England on board the ship of the dashing 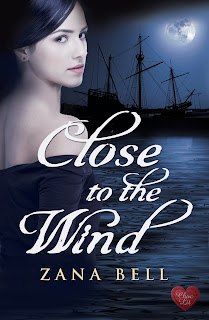 Captain Harry Trent - a man on his own secret life-or-death mission. It's all masquerades, lies and deception -  and that's just on the heroine's part!
You're known for your contemporary romances, have you always had a interest in writing historicals?
Actually, it's a return to my first love. My first book was a YA time-travel back to the 1860s and a few years ago Mira published my historical, Forbidden Frontier, based on the life and times of Charlotte Badger - Australia's real-life convict and pirate and NZ's first woman immigrant.

I love the histories of NZ and Australia and I think the 1860s gold rushes were particularly heady times. Not only did they attract the most colourful, daring men from around the world, ready to risk all for a crazy dream and adventure, they also gave women unique opportunities to escape the crippling class system of Victorian England. In Close to the Wind I was trying to capture some of the energy, the exuberance of those times.
What kind of stories can your readers expect in the future?
I have another NZ 1860s historical coming out next year - where Lady Guinevere Stanhope arrives alone in Hokitika armed with little more than her passion for photography and a driving determination to save her family home. She is plunged into adventures which include crossing paths with Finn, an Irish doctor turned miner who has his own goals - none of which included young women from the English aristrocracy.

1860's Hokitika is where the NZ Man Booker prize-winner The Luminaries is set! (Yay, Eleanur Catton) My book is, however, a little different. It's shorter for a start :) 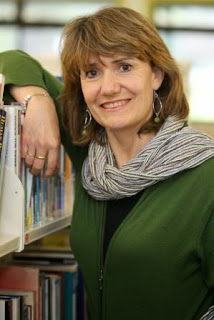 When is your latest book available?
It's on sale on 11 November in Australia and NZ

To help celebrate the release of Close To The Wind, Zana is giving away a copy to one lucky commenter!

To learn more about Zana and her books, visit her website http://www.zanabell.com/