Legends on LoveCats....... with Anna Jacobs 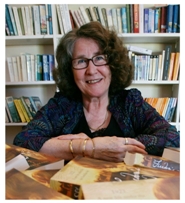 We're delighted to have the fabulous Anna Jacobs visiting us on LoveCats DownUnder today.

Please tell us a little about your journey to first getting published?
It was in the pre-Internet days. I was in Australia, aiming at the UK market, because my books were set there, and I was restricted to snail mail. I sent out the first two or three novels several times and got increasingly nice rejections over the years. But I had no one to talk to about it, so I was flying half-blind.
I’d probably have got published more quickly nowadays because of the improved information flows. Also, I had a full-time job and teenage children. My concerned husband once asked gently, after a few years of this, ‘What will you do if you don’t get accepted? I said fiercely, ‘I will get published.’ I was thoroughly addicted to story-telling by now.
I joined the Romantic Novelists Association of England, because they had (and still have) a New Writers’ Scheme, where you could get your novel critiqued by published novelists. When I was in London, I went to a talk given by a well-known agent, Bob Tanner. So at least I knew the name of one agent now.
I kept submitting and entered one book into a competition run by an Australian magazine and publisher. I’d forgotten about the competition until I got a phone call a few months later to say I was one of the three finalists and they’d like to fly me to Melbourne for the presentation night. My husband came too. Naturally. He’s my soul mate.
I came second, with a prize of $10,000 and publication. I don’t think I stopped smiling for a month. I cared far more about the getting published than the money. The bright joy didn’t last. I then came down with chronic fatigue syndrome, new management at the publisher abandoned the competition and its previous winners, so I had to start again. But that’s another story . . . Suffice it to say that the agent who’d given the UK talk took me on, and I’m still with Hodder & Stoughton who bought the first book he submitted for me.
Basically, I haven’t let anything stop me writing.

How many books have you had published so far in your career?
64 novels (as of July 2013), plus 9 French textbooks, two how-to books, a lot of short stories and about 20 poems. I’m producing three novels a year now. Practice might not make perfect, but it makes you faster, that’s for sure.

The world of publishing is ever evolving, how have you stayed on top of trends and continued to give your readers what they want?
I keep an eye on the world and I do have a Master of Business which helps in the decision making sometimes. In the late 90s I abandoned my fantasy novels written as Shannah Jay and concentrated on my historical novels, which sold far more copies. After a few years, I started writing modern novels as well.
I tried ebook publishing in the late 1990s, but it didn’t take off then. I made more money by writing an article about it than by selling ebooks.  In the past few years, I’ve gone back into epublishing with my early novels, to which I have the rights back. I’ve established myself now as a writer of longer romantic novels, whether historical or modern. They deal with relationships, families as well as lovers, always with heart warming, happy endings. There are often two or more romances in a novel, because I like to write longer, complex tales.
As they say these days, I’ve developed a ‘brand’. I don’t write sexy or gruesome novels, because there is a solid core of readers who don’t want to read that sort of book, and anyway, I tried writing sex scenes and didn’t enjoy it at all. I like to enjoy what I do. You only have one life.

What has been the highlight of your publishing career so far? 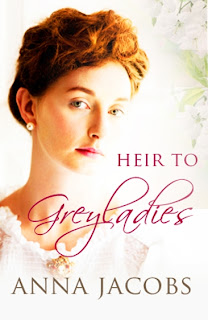 The highlight of my career was and is giving pleasure to readers. That comes before everything else. Novelists don’t write in isolation. We like to be read by people. I’ve always been open to readers contacting me, well before this current promote yourself like crazy era. It gives me great joy to hear from them, especially the ones who’ve emailed to say that my books have helped them through bereavements or other bad times, or the ones who say that I’ve have been the first novelist they’ve ever managed to read and they now love reading. Some particularly touching emails have brought tears to my eyes.
Winning the prize and getting my first novel published was wonderful, of course. I already had several textbooks published but who reads them willingly? Winning and getting short-listed several for the Romantic Book of the Year awarded by the Romance Writers of Australia was great too. And let’s not forget the story-telling. I just love telling stories.

Which of your books is your favourite, and why?
I’ve been thinking about this recently in another context. I couldn’t single out one book, but a few have been special to me. My favourite books aren’t always the books that sell best, though.
‘Envoy’ – fantasy novel, written as Shannah Jay, taught me so much about tension, and is still a cracking tale that I’m proud of.
‘Salem Street’ – my first historical saga – went on to a 5 book series and is still reprinting from 1994.
‘Change of Season’ – my first ever modern novel, how I enjoyed writing it.
‘The Trader’s Wife’ – the series I didn’t intend to write till Bram, the hero, haunted my   dreams and nagged me into telling his story.
‘Replenish the Earth’ – a quiet, 18th century rural tale, very gentle yet telling.
‘The Corrigan Legacy’ – modern, the nearest I’ve come to writing a literary novel.

Are you a plotter or a pantser?
I can plot a story, but I find it hard to stick to the plot, especially if I get a better idea of how things happen. I usually develop the setup situation and agree it with my editor, then do the research. I write and rewrite the first two chapters till I know my characters, then I just go for it. It’s they who pull me through a tale.
Lately, I’ve been writing for a third publisher, where they insist on me providing a synopsis. So I’ve had to plot – sort of. I’ve found that with all the practice I’ve had at writing novels over the years, I can half stick to their synopses – but not fully. Again, if I get a better idea for how the story works out, I use it. They don’t seem to mind. So maybe I’m now a hybrid writer? In writing, as in publishing/self-publishing.

What’s the one piece of advice you would give aspiring authors?
Do not sling your first novel out for sale on the Internet as an ebook. You will regret it one day. Write two or three novels (or more!) before you do that, as you’ll learn so much and be able to polish your first novel to make it a more professional standard. This is a very complex craft and one novel does not a novelist make! I practise what I preach. I have an early novel that I haven’t tried to rewrite because it was just too trite a plot. It was well worth writing because it taught me so much, but RIP now.

What do you love most about being a romance author?
I love bringing my hero and heroine gradually together and letting them find happiness, after sorting out some problem or other. I feel I understand what makes a happy marriage because I’ve been married for 51 years to my own hero, who is both husband and best friend. (We got married young.) We don’t live in each other’s pockets, but our love runs deep. I try to get something of that togetherness into my romance stories.
I don’t usually stick to one hero and heroine per book, either, and I like that. There are often two or three romances in my stories, so the supporting cast of characters can go away happy too. You can’t have too much love.
I love writing the epilogue or final chapter. Warm, fuzzy endings are an Anna Jacobs trademark and if I don’t bring happy tears to my own eyes as I write, I haven’t done the ending well enough and I go back to it and rewrite it.
It’s also pretty nice having such warm, supportive romance writers’ organisations and fellow writers. 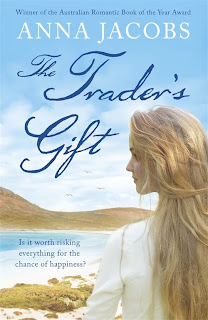 Thank you Anna for joining us today and sharing your wonderful journey!

Leave a comment and go into the draw to win a paperback copy of The Traders Wife!

For more information about Anna and her wonderful books please visit her at www.annajacobs.com

We'll be highlighting another Legend in November!
Posted by Helen Lacey