10 things I've learned on my travels

by Barbara DeLeo
I can't quite believe that our three month overseas trip will be coming to an end in less than three weeks. It's been inspirational, overwhelming....and kind of icky when you have six people's dirty washing at the bottom of your suitcase..... Four days in Singapore, four weeks in Greece, and now five weeks in Cyprus—I've never had so much time to think, to reflect, or to eat myself silly.

The trip has coincided with the release of my debut book, Contract for Marriage and that's had it own set of  fun times and excitement. My first appearance in the online stores, my first five star review, and my first fan letter, have all been amazing experiences. I've done a quick little top ten things I've learned on my travels and I'd love you to count down with me. 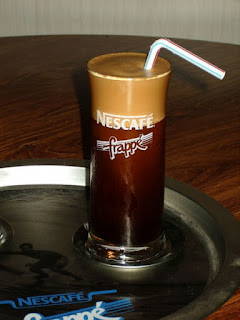 #9—There's such a thing as a frappe. It's instant coffee, cold water, ice and milk. Technically it should taste horrid but I LOVE it and have one every day.

#8 —Being without the internet some places gave me nasty withdrawal symptoms. Luckily I could ease them with a walk through the village for a coffee.

#7—I've had some incredible meals in the last couple of months but my mother-in-law still makes the best stuffed vegetables in the world.

#6—Being related to just about everyone in a village makes an evening walk turn into something
resembling rent-a-crowd. 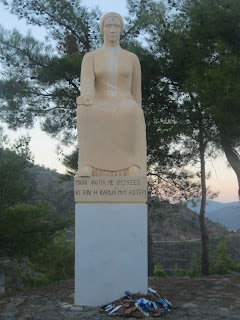 #5—There are a billion statues in Greece and Cyprus and I seem to have seen most of them in the past few weeks. This one, "The Cypriot Mother"—dedicated to the mothers who have lost sons in wars for freedom— made me cry 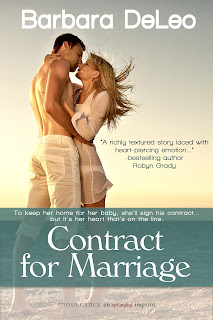 #1—Seeing my first ever book cover still makes me smile
I'm giving away an e-copy of Contract for Marriage today! Just tell me about something you've learned in 2012.
Posted by Unknown