Why I Write Category Romance 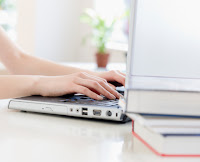 I love reading stories about how people came to be writers. Some have dreamt about it from when they were very small, others came to it through a love of books when they were older. I came to write category romance for a whole lot of reasons, but I’ve stayed with it for a reason I could never have imagined in the beginning.


I read my first category romance as a new mum. They weren't too long - I could finish one and still remember the beginning by the time I got to the end, despite being interrupted a zillion times. They had a happily ever after - so lovely to think about in the middle of an all-nighter with tiny babies. And they focused on adult things like relationships and conversations, not baby vom and nappy rash.

I used to think about those reasons a lot during my first writing attempts. Now I think about Di. 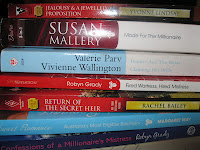 Di is the mother of my very first boyfriend. He had jet black hair hair and big blue eyes, and he wrote, “Love, Mark” in my birthday card when I was 13. I can still remember the thrill of opening that envelope and keeping it carefully stowed in my “treasures” for years. I lost touch with Mark after leaving school, but later learned that at twenty-six he’d had a catastrophic accident and was left a quadriplegic with a severe brain injury.

A few years after I’d begun writing, I met Mark and his mum again. Mark couldn’t speak, but Di was adamant that he remembered me - she said she could see the twinkle in his eye. I happened to tell Di I was hoping to one day be a published romance author and her reaction blew me away.
For years, Di told me, category romances had been her lifeline. Through the agonizing initial days and nights waiting for Mark to wake, and then the endless anguish as the extent of his injuries became known, the promise of love, hope, and a happily ever after kept her going. She'd carry those books with her to physio appointments, insurance meetings and therapy sessions, and she'd dip in and out when she could. For Di, the achievement of finishing another category, losing herself in a story, was a small but significant one.


Sadly, Mark died last year. When I visited Di at home shortly after, I could still see the space the hospital bed had taken up, the hooks in the ceiling that had held hoists and monitors. But around the walls were Di’s category romances  - hundreds and hundreds of books, their slim spines speaking of tycoons and babies, doctors and daring. The authors of those books, Di says, are like old friends, women she can count on to  transport her from the ups and downs of everyday life and give her hope when she needs it.

I hope I can bring half the amount of joy to my readers as all those women before me have done for Di.