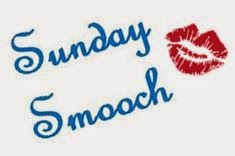 
... the winner of last week's Sunday Smooch Giveaway is ladiemarcie.!!


Can you please contact annie (at) annie-west (dot) com to receive your copy of A VOW TO SECURE HIS LEGACY.


And now for today's Sunday Smooch from LOVING THE ODDS. 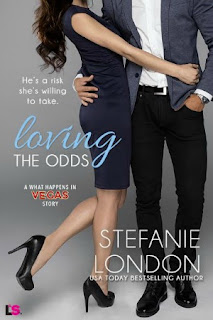 Risk analyst Bailey Reuben might be in Las Vegas, but the last thing on her mind is sin. She’s there to find her jerk of an ex and get her grandfather’s watch back. Instead, she finds a smoking hot stranger. A stranger with a crazy plan to help her retrieve her family heirloom and get revenge. It’s a bad idea—she calculates risks for a living, after all—but she can’t say no.

Bad boy PR guru Lance Fulton is all about helping the gorgeous, quirky Bailey. She’s in desperate need of some fun, and pretending to be her new boyfriend is the perfect way to help her see how sexy she is, get the watch, and show her ex what he’s missing. But the more they get to know each other—and the hotter their attraction burns—the higher the probability one of them will end up with a broken heart…

Set up: Bailey and Lance are sharing a hotel room after her spontaneous decision to stay in Las Vegas for the weekend. There’s a lot of instant attraction between then, but Bailey’s been burned before and she’s unsure how to deal with her attraction to Lance. Luckily for her, Lance isn’t to shy about going after what he wants.

“I’m not one of those people who uses literally when they mean figuratively,” she said.

“I’m sure you use the correct word at all times.” His lip twitched but he managed to keep a straight face.

“Oh, I try to. Grammar is very important and not enough people take care with it.” She paused. “Hang on; you’re teasing me, aren’t you?”

“Me, never.” He put a hand to his chest in mock sincerity. “I’m a total gentleman.”

The fine arch of her brows said it all. “Riiiight.”

She laughed. “Want me to kiss it better?”

It was a saying, a colloquialism…he knew that. But those six little words managed to suck all the air out of his lungs and disconnect his body from his brain. He stepped forward and her breath hitched. The blacks of her pupils ate away at the electric rim of blue around them.

“What did you say, Bailey?” His voice came out roughhewn. Edgy.

“I just meant…” She sucked in a breath and mashed her lips together.

Desperate desire rushed through him. He wanted to press his lips to her throat and see if her pulse was racing the same as his. What would it be like to drag his lips across her skin? Would she taste as clean and fresh as she smelled?

“It was a joke,” she whispered. Her tongue darted out to touch the corner of her mouth and that flash of pink totally undid him. “I think.”

The space shrunk between them as he closed in. “You think?”

“Are you saying you want to kiss me, Bailey?”

Her lips parted as if in invitation and her hands came up to his chest automatically. The soft, feathery touch of her fingers through his T-shirt stoked the fire inside him. She moved her hands over his pecs and up to his shoulders. The movement was gentle, but passion flickered across her face like a flame.

“I’m still deciding.” She pressed her sweet little body against him, her bare thighs lining up with his.

The delicate swirl of her hips forced his blood south. He was hard as f**king steel. “You’re still deciding?”

“Well, I don’t usually kiss random men. Actually, I’ve never been one to kiss much and there’s a chance I may not be good at it.” Her brows creased but her hands fisted into the cotton of his T-shirt.

“At least that’s what I’ve been told.”

“You’re giving me some very mixed signals right now.” His face hovered inches from hers, their breath mingling in the air between them.

“Why don’t we take it slow?” Lance brushed his mouth over hers. It was more a whisper than a kiss.

“Glacial,” she sighed as he slid his hands up the back of her neck to cradle her head. “I like that.”

His thumbs stroked her ears as he kissed one corner of her mouth and then the other. Slow.  Soft. Her fresh scent curled around him.

“That feels good,” she murmured, her eyes fluttering shut.

He traced his tongue along the seam of her mouth and she opened for him, her lips glistening and shiny like ripe fruit. When he leaned in again, her tongue came out to meet his and he moaned into her mouth. 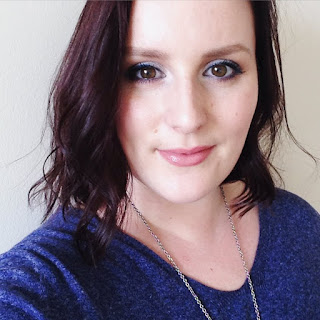 I love the idea of having a crazy story about how people met their significant other. Lance and Bailey will certainly have quite the tale for their grandkids one day!

How did you meet your significant other (or anyone else important in your life, like a best friend)? Leave a comment below to be in a running to win an ebook copy of Loving the Odds.