Today we have a smooch from  The Finn Factor but first...


Can you please contact stefanie (at) stefanie-london (dot) com to receive your copy of Pretend It's Love.

And now for today's Sunday Smooch from The Finn Factor, which is out September 28. 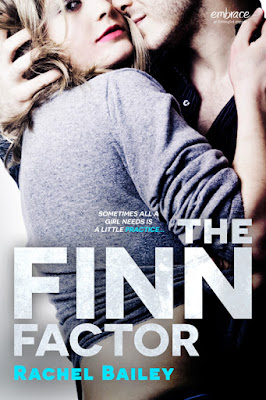 Sometimes all a girl needs is a little practice...
It's been twelve months, three days, and eleven hours since accounting student Scarlett Logan made it past a second date. A pitcher of mojitos in hand, she employs her supreme graphing skills to narrow things down to one horrifying explanation. Kissing. Clearly someone needs to teach her how to kiss properly. Like, say, her best friend and roomie, Finn Mackenzie. He's safe, he's convenient, and yeah, maybe just a little gorgeous.


Finn knows exactly why Scarlett's boyfriends are disappearing quickly. Him. Not a single guy she's brought home is nearly good enough. And he'll be damned if he lets some loser give her "kissing lessons." No. He'll do the honors, thank you very much. The moment their lips touch, though, everything turns upside down. But Scarlett deserves the one thing Finn can't give her. And if he doesn't put an end to the sexy little shenanigans, he'll teach Scarlett the hardest lesson of all...heartbreak.

Setup: Scarlett has decided she must be a bad kisser. Her best friend, Finn, has reluctantly agreed to give her kissing lessons. Neither one of them is completely sure this is a good idea...

I finished my meal and put the empty plate on the coffee table without making eye contact with Finn. It was show time.

“Mint?” I offered him the opened end of the packet from my pocket.

“Thanks.” He took one, not making eye contact either. I popped a mint in my mouth, ignoring how my hand trembled a little as I did it.

What else had I meant to do? Lip gloss! I felt around in my pocket and came out with the tube of apple-berry flavored gloss.

“Ready when you are.” I hoped I sounded confident, but as soon as the words were out of my mouth, second thoughts bombarded me. This really was a stupid plan. Butterflies started flailing around in my stomach. Besides my family, my friendship with Finn was the most precious thing in my life. Would this mess with that?

And he didn’t seem as sure as he had last night either. Perhaps it had been the mojitos talking…

“Come on,” he said and headed for the front door. His dark hair was rumpled in the adorable way that happened after he’d been working on his thesis all day, and his jeans and T-shirt were just as crushed. He was so familiar and dear it hurt inside.

I even knew without checking that his pale blue T-shirt matched all the other pale blue T-shirts and polo shirts in his wardrobe. Finn wasn’t a man to waste time choosing clothes—either in the store or in the mornings—so most days he wore the same color shirt and either jeans, shorts or trousers, and desert boots. It was exasperating and adorable in equal measures.

When we reached the spot by the door, he dug his hands deep into his pockets and his dark blue eyes met mine. “Before we start, I just want to say kissing is fun. Well, it is if it’s done right. ”

“Noted.” I adjusted my green leopard-print glasses, not sure where he was going with this.

“No, I want this one to be done right, but…” He screwed up his face as if searching for words. “Even though it’s fun, I don’t want it to become a habit for us or anything.”

I held back the grin that was threatening. “You think this could be a habit? Like Chinese on a Thursday night?”

“Yes. Well, no.” He drew in a deep breath and shoved his fingers through his already rumpled hair. “I just don’t want to be giving mixed signals.”

“Okay, no mixed signals.” That sounded easy enough. We had our signals pretty much down pat.

He shifted his weight from one leg to the other. “To make sure, I think we should agree beforehand that there will be no touching below the neck.”

“You think I’m going to leap on you, Finn?” I asked, giggling.

“Scarlett,” he said, his voice exasperated. “I’m trying to be serious here.”

My giggle faded away. He was doing me the favor, so I shouldn’t be making this harder. “You’re right. I’m sorry. No touching below the neck. Agreed.”

“Good.” He reached out and cupped the side of my face in his palm. It felt so nice that my breath caught. He’d done it before, when I’d been sad or nervous about something, but this time it felt different, somehow weighted with expectation.

I swallowed hard. “Anything else I should know first? Things to make special note of during the exercise? Which side to tilt my head? You want my glasses off?”

“Ah, no,” he said, then dropped his hand and dug into his jeans pocket. My cheek was cool where his skin had been.

“I’ll just pay attention then.” It was barely above a whisper.

He frowned, just for a moment. “That’s probably best.”

I winced. In all the time I’d known Finn, I couldn’t remember having a more awkward conversation, or seeing him looking more uncomfortable. If he were any more tense, he’d be one of those statues from his textbooks. Those second thoughts had been right. This was a bad idea.

“You know what,” I said, taking half a step back. “This isn’t really working. Let’s forget it. I’ll call Cole Jericho in the morning and—”

Before I could finish the sentence, his hands were on either side of my face and his lips covered mine. Half from surprise and half in reaction to the kiss, I fell back against the wall behind me. He followed, not letting our mouths break contact, but true to his word, we weren’t touching below the neck.

He sucked my bottom lip into his mouth, lightly biting down, and suddenly every part of me was alive. Alive and wanting. I opened my mouth to deepen the kiss, felt his tongue slide in, and I almost combusted there on the spot.

His tongue was confident yet gentle, inviting me into his mouth, and in that moment, there was nowhere else I wanted to be. He tasted of breath mints, and something deeper. Something decadent. Yet his familiar Finn scent surrounded me, and the combination of the two sensations was short-circuiting my brain.

His lips were soft. Demanding. Heaven. The feeling of his tongue moving against mine, the rhythm he created, sent my blood rushing through my veins. It was too much but not enough.

He released me for a fraction of a second as he changed the angle, and this time I couldn’t help myself—I took control and was the one kissing him, sucking his bottom lip, pushing against his mouth. A shudder ran through his body, and then it was as if he’d hit the fast forward button. His lips were everywhere, dancing over the corner of my mouth, teeth nipping along my jawline, before he was back, kissing me again, his tongue sliding into home, firm against mine. My heart beat so hard against my ribs it felt in danger of bursting through.

This wasn’t kissing as I knew it. This was a whole other level.

My hands were itching to grip his waist, to pull him against me, but we’d agreed to no touching below the neck, so I threaded them into his hair, and the slide of the strands on the sensitive skin between my fingers gave me shivers down to my toes. I’d never been so turned on by just a kiss. And the weird thing was, it was Finn who was making me feel this way. Finn. I wasn’t sure if I’d said his name aloud or it was in my head, but it was the only word that made sense now that the world was upside down.

Suddenly, his body stiffened then jerked back. Head spinning, I stumbled but caught myself before I fell. It was over. Just like that. The lesson was over. His chest was rising and falling as if he’d been running, and I knew just how he felt.

“So, um, yeah,” he said. “That’s a basic kiss. You seemed quite good at it already. I’ll talk to you in the morning.”

With his eyes studiously trained on the floor, he turned and disappeared down the hallway, leaving me trying to catch my breath. And remember my name. And how to use my legs. I slid down the wall to the floor and wrapped my arms around my knees. That was what he called a basic kiss?

What the hell had I been missing out on all these years? 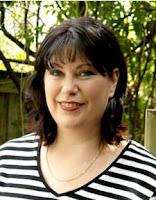 So tell me, have you ever done something that you thought was going to end badly or have bad consequences, but it turned out to be a good thing?

I'll give a copy of The Finn Factor to one commenter (when it releases on Sept 28). If you'd like to pre-order, you can grab a copy from iBooks, Amazon, or Barnes & Noble.