... the winner of last week's Sunday Smooch Giveaway will be announced next week .....

And now for today's Sunday Smooch from Touched To The Heart by Elsa Winckler ........ 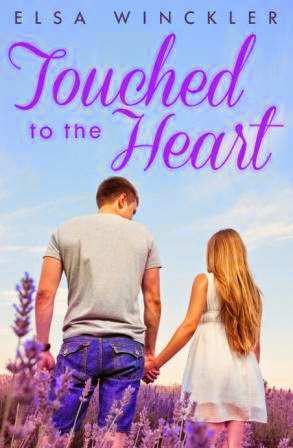 Discover beautiful South Africa in this sweet, heart-warming Cinderella story about a blogger, a billionaire, and one chance meeting. When it comes to men, if physiotherapist Caitlin Sutherland didn't have bad luck, she would have no luck at all. To help cope, Caitlin starts blogging in her spare time, about the types of men she meets and the bad dates she goes on. While on duty during the annual Wines to Whales bicycle race, a gorgeous, sweaty cyclist walks in and sets her hormones dancing. But he is Don Cavallo; one of the four Cavallo brothers — hotel tycoons, famous as much for their business skills as for the number of beauties regularly seen on their arms. Don Cavallo has his own issues with the other sex. He has yet to find one who is interested in him and not in his money or hotels. But when this sexy physio puts her hands on his back she not only touches his body, but also his heart. They've both been burned before, but neither of them can stop themselves from playing with fire.


She waved to her mother and smiled as she walked back to him. ‘I’m sorry about my mother. She is an incurable romantic and is always trying to find men for her three daughters. But don’t worry, I’m not looking. Let me just get my bag and lock the door, then we can go.’

She walked past him and he caught another hint of flowers. Without conscious thought, he followed her and closed the door behind him.

That was as far as she got. ‘I haven’t been looking either,’ he murmured before he pulled her close and kissed her.

She was a perfect fit. She tried to say something, but when her lips parted, he slipped his tongue inside. Her arms locked around his neck and she melted against him. Instantly, he was hard as rock.

He gathered her close, pressing himself against her. A kiss. That’s all he wanted, all he’d been wanting for days. A kiss was supposed to be simple. It was something people did regularly. He’d hoped that it would ease the strange ache he had inside of him. But there was nothing simple or regular about kissing Caitlin Sutherland. And the ache wasn’t eased.

He skimmed his hands down her sides, then up again and this time the back of his hands touched her breasts. He swallowed her moan and cupped her breasts. Beneath his fingers, her heart tripped and his own skipped a beat.

She was burning up. Any minute now she’d be going up in flames. Without taking her lips from his, Caitlin pressed her hands against Don’s shoulders. He lifted his head. His breath was ragged, his eyes molten chocolate.

Caitlin started shaking her head, but then reason took over and she stepped back.

He stared at her for another minute before he took her hand. ‘Okay, let’s have dinner. I’ll tell you everything you want to know about me. But, Caitlin,’ he said and brushed his fingers over her lips, ‘next time I kiss you, you won’t be able to stop me again.’

Her knees wobbled and she nodded. Speech was completely beyond her at this point. 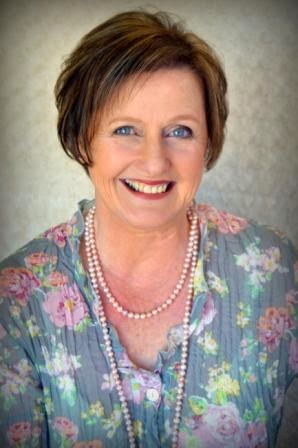 Leave a comment to go into the draw to win an e-copy of Touched to The Heart,
which is available from Escape Publishing

Come back next Sunday, when the winner of today's giveaway will be announced and a smooch from M.A Grant will be posted!