Today we have a smooch from  Victoria James ---- but first


Can you please contact Amy Andrews at amy (at) amyandrews (dot) com (dot) au to receive your copy of Lingerie For Felons  .........


And now for today's Sunday Smooch from The Rancher's Second Chance by Victoria James ........ 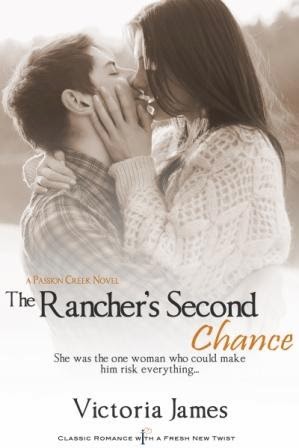 Widowed rancher Cole Forrester is all about running his family's ranch and guarding his heart. The last thing he's looking for is love, but when his little sister can't make it home to handle some of her wedding details, he's forced to entertain the event planner, Melanie Simms. Melanie is everything he's not even remotely interested in: she's high-society, complicated, and high maintenance. But when he's stranded with her at his remote cabin in the Colorado mountains, he realizes he's seriously underestimated her. She's hiding something about her past from him, but despite everything, he finds himself falling for the last woman he ever expected, and the first woman to make him want to give his heart and risk everything...


Scene set-up - [Cole and Melanie are stranded in his cabin in the Colorado mountains. This is their first time really alone together and as a storm blusters outside, they both try and fight their attraction to each other…]


He took her face in his hands, feeling the softness, reveling in it. The longing in her eyes stirred something in his gut, something that went beyond lust, beyond missing a woman. He stared at her, his thumb tracing the smooth skin of her cheek. He wanted to taste her; more than anything he wanted to taste Melanie. He slowly bent over, bracing his forearms on the bed, on either side of her. He could see the rapid movement of her pulse at the base of her throat. He hovered in that moment, reveling in the strength of his desire for her, in the pleasure of wanting her.
“Cole,” she whispered.
“Yeah.”
“Are you going to kiss me, or make me beg?”
His heart smashed against his rib cage. “Beg? Darling, I’d never make you beg. You want me, you got me,” he said and lowered his head.
She met him halfway.
…
Cole’s mouth came down on hers with a rough gentleness that robbed her of speech and thought. His mouth moved restlessly, demanding and consuming. Her lips parted on a moan and his tongue delved inside where she welcomed him with everything she had. The weight of his strong body against hers, the feel of his mouth becoming one with hers, made her never want to be without him again. His warm hand grasped her calf gently squeezing and then traveling higher, grasping her thigh, the curve of her bottom, her waist.
Cole’s dark eyes moved over her body with appreciation and his hands followed suit. His hands were calloused, working hands, large and strong, but capable of the most tender touch. She whispered his name and he lifted his head, bracing himself on his forearms as he looked down at her.


Her hands trailed over the smattering of hair on his forearms, up over the bunched muscles of his biceps and then over his shoulders until she reached his face. She held him there for a moment, pausing for the briefest of seconds, feeling the stubble covering his strong jaw. She thread her hands into the hair at the nape of his neck and drew him down to her again. He kissed her as though he hadn’t kissed her in forever, with a hunger that robbed her of thought and infused her with passion. 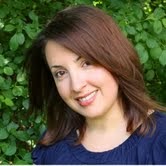 Victoria has an eCopy of The Rancher's Second Chance for one commenter who answers this question.....

I love books (reading and writing) when there’s a big storm that strands the couple together (maybe that’s because I’m from Canada and winter snowstorms are a given)! How about you? Do you like when there’s a blizzard or storm that traps the hero and heroine together?

Come back next Sunday, when the winner of today's giveaway will be announced and a smooch from A Lot Like Love by Helen Lacey ....... will be posted!