March is a Mad, Mad Month

There’s all the talk about March Madness in basketball/NBL. There’s the Mad March Hare in Alice in Wonderland. And then there’s Mad March in Adelaide, South Australia, where I live.

How to explain the concept of Mad March to people who don’t live here without sounding like a tourism commercial?

How can one city have so much happening all at the same time?

Things are going on all year round, of course, but in March there’s such a conglomeration of events and the diversity is astounding, it’s almost too difficult to explain. Massive arts festivals running in parallel with major sporting events. Black tie and black t-shirt events side-by-side, and everyone enjoying the perfect autumn weather. It’s four weeks of over-the top partying in a city that doesn’t sleep.

Starting at the end of February and continuing well into March we have the world-renowned Adelaide Fringe Festival, second in the world only to Edinburgh, with over 4,000 performers and 1.5 million audience members. It’s an open-access arts festival with a 53-year history. Musicians, acrobats, dancers, actors and comedians in every corner of the city. There are film, theatre, puppetry, music, and visual art shows in pop-up venues in parks, warehouses, lane-ways and empty buildings as well as theatres, hotels, art galleries, cafes and town halls.

At the beginning of March Adelaide hosts the Clipsal 500, the four-day celebration of supercar racing that kicks off the V8 season. I admit that I love the noise, the RAAF jet fighter flying low over the city-street track, the support races and the V8s themselves which can be heard from the suburbs. After-race concerts on three nights feature some big names in entertainment. 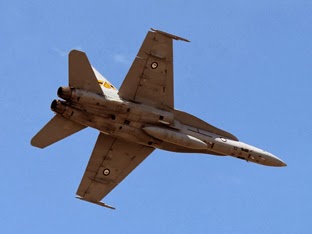 Into the mix we then add the Adelaide Festival, Australia’s largest multi-arts festival which attracts world-class productions from around the globe. There are music, theatre, visual art, film, and dance shows throughout the city. 150 performances across 50 events and around 1,000 visiting artists.

I can’t forget Writers' Week, the oldest literary festival in Australia. For an avid reader or a writer, this is one of the best free events around and lets the public get up close to well-known authors in a beautiful garden setting. This year there was a panel of romance authors. Yay!

The Garden of Unearthly Delights began with just one Spiegeltent in March 2000. Over the past 14 years it has evolved into a cultural experience like no other, including multiple performance venues, bars, carnival rides, circus events, world foods, market stalls, and sideshows. Last year more than 800,000 people entered The Garden’s gates.

The name WOMADelaide was coined when it has become part of the local language. In mid-March WOMADelaide brings us performances by artists from around the  well as street theatre.
Two other music events which travel from state to state, but just happen to arrive in Adelaide during March are Soundwave and the Future Music Festival.
Can we fit anything else in? Well, yes, we can.
There’s the Adelaide Cup. More than a horse race, this is one of the biggest events of the year for many South Australians and it comes with a state-wide holiday. Racegoers dress in their best outfits, take part in fashion shows, listen to live music, socialise with celebrity guests, and indulge in gourmet food and drink.
As if that’s not enough, at the end of March the Showdown, the state’s biggest football game of the year between local AFL teams, Adelaide Crows and Port Power, will be played at the redeveloped Adelaide Oval which was also due this month to hold the largest concert of The Rolling Stones’ Australian tour (now postponed).

(Photos of the jet at the Clipsal 500 and The Garden of Unearthly Delights courtesy of
Anne Oliver, romance author and Adelaide resident.)