It's 2014, apparently.  I should be happy -- nay, overjoyed -- to farewell the last year but I'm afraid I may be the New Year grinch.  This has only occurred to me during the past week, although it's been a lengthy apprenticeship.  Bear with me while I explain.

I love pretty much everything about Christmas.  The reason behind, the preparations, the giving, the decorations, the anticipation, but more than anything I love that it brings family together.  No, it's not the only reason for family gatherings but at Christmas everyone seems to make an extra effort and there's a pervading spirit of optimism and good will and everything else that makes me happy.  Including food and wine.  But mostly the people.

The most important of those people are my sons, two of whom are now settled in Sydney which is far enough away that visits are usually one or two rushed nights but at Christmas we get a week or so of their company.  They arrive bearing gifts: and spend their downtime watching gross guy comedy (!) and sports but also on cooking and other projects that make me happy.  Such as my new herb garden: 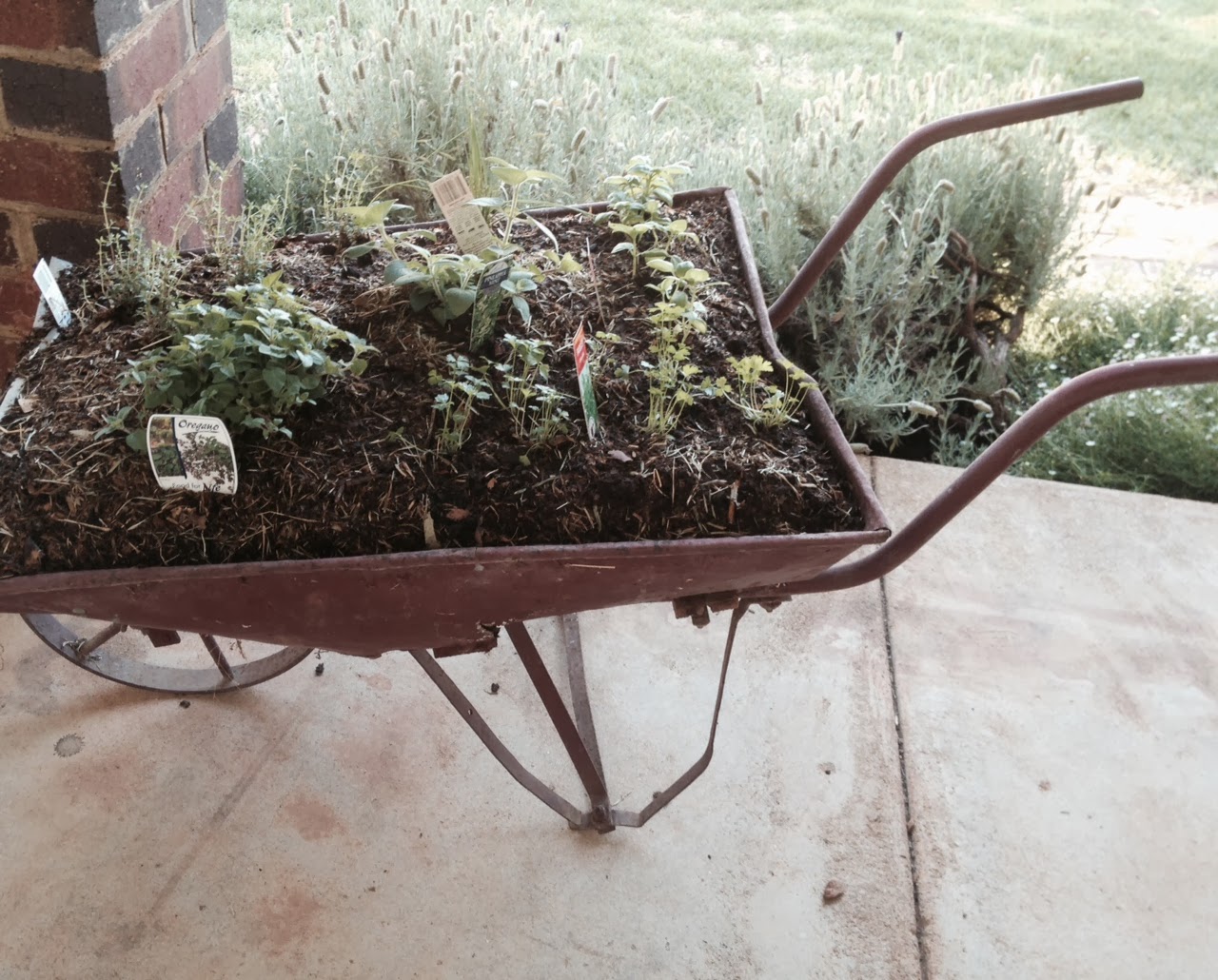 Then, at some point in the days between Christmas and New Year, they return to their homes and jobs and lives leaving me with a fridge load of leftovers and lots of gloomily empty rooms.  Hence my current grinch-like feelings towards the end of year.

Since this is a fact of life I think it's about time I revisit my attitude and look for the pluses. For example:

(1)  I am no longer subjected to Tosh.0 on a daily basis
(2)  Same with cricket
(3)  The laundry load has decreased by a factor of several hundred percent
(4)  So has my grocery bill
(5)  I now have the quiet space to think about 2014 and to get excited about my upcoming writing projects, my trip to Italy mid-year and #1 Son's wedding later this year.

I didn't see the New Year in with champagne and noisemakers -- can I admit that I didn't see it in at all, but went to bed early on NYE with my Nook and was asleep by 11? -- but I am determined to make 2014 a stellar year for my family.

What about you?  How did you see in the New Year and what are you looking forward to in 2014?