Today we have a smooch from Rapunzel in New York by Nikki Logan, but first ...

and she'll send you a copy of A Risk Worth Taking.

And now for today's Sunday Smooch from Rapunzel In New York by Nikki Logan... 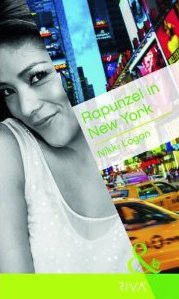 Once upon a New York minute…a Knight-in-shining-pinstripe rushed to the aid of a beautiful Maiden. Galloping up a crumbling tower block, he crashed into the chamber where she was imprisoned! The Maiden gasped and said … that she was perfectly happy, thank you very much, and certainly didn’t need saving, especially by a smug, designer-suited billionaire, and why had he just kicked in her front door?

It’s sometimes hard for a modern damsel in distress to admit she needs rescuing – but at least this heroine plans to rescue her hero right back!


Setup: Nathan and Tori have just enjoyed a sensual feast on the roof of her building—it’s not a date, it’s not!—and too much margarita leads to too much truth between them and Tori ends up wrapped in his coat…and his arms.) 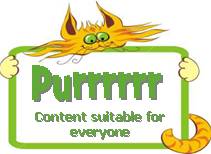 But no sooner did her body warn her to withdraw, than those strong arms tightened. Keeping her close. One hand slid around to her back and recommenced its hypnotic circling there. Tori fought the insane desire just to melt into Nathan. To surrender…everything…for a moment and let someone else take all the weight.

For a few heavenly moments.

She leaned more closely into his hard body and added a fistful of his sweater into her tight clutch to keep them close. Her eyes drifted shut. Somewhere a thousand miles off, music tumbled out of a window, the ballad drifting up to them on the night air. He leaned a fraction to his left and she followed him, loath to lose his warmth and the connection so soon. Then he moved back slightly to the right, that magic hand going around and around against her spine the whole time. And she followed.

The rocking motion soothed as much as it serrated her body against his in a delicious, subtle, unfamiliar friction.

‘Tori…’ he mumbled, after a lifetime of gentle movement ‘…are we dancing?’

She didn’t lift her lashes. The real world wasn’t welcome back just yet. She mumbled a no. ‘We’re shuffling.’

She felt him smile against her forehead. ‘Okay then.’

They swayed in silence for the rest of the song. Nathan gathered her more firmly to him and she burrowed happily into his hold. Eventually their feet slowed to a halt and he rubbed his face down hers, nudging it out and up, while his hands stayed tightly locked around her body. The seductive graze of his prickled jaw against hers, the blazing tangle of his breath and the hammer of his chest against hers… All whipped her heartbeat into riot and sent her senses skittering wildly around them like a mini dervish. A tonne-weight pressed in on her chest.

Oh god, he was going to kiss her…

And if he didn’t, she was going to kiss him.

Or possibly die from oxygen deficiency.

She lifted her heavy lids and glanced at him. This close, his blue eyes were as clear and deep as any glacial lake but fringed by dark, soft lashes and blazing the icy fire of a question unasked. Somewhere in their depths a cautious uncertainty did a lazy backstroke but it was overwhelmed by the bubbling energy and focus of the last thing she’d ever expected to see from him.

The moment their gazes met, all the reasons this was a bad idea—how unprofessional it was, why she didn’t deserve a moment like this and why he was totally unsuitable and unsafe for her—dissolved just like her caution when she was facing a new mountain for the first time. Something other than sense was ruling play here, surging through her bloodstream and setting fire to every cell it passed. Bringing them scorching to vivid life.

Tori let her mouth follow her eyes and turned her head naturally into the heat of his, dropping her lips slightly open.

His focus flicked down to them a bare moment before he closed the gap on a whispered groan.

The moment her lips met Nathan’s soft, warm ones, she lurched with the involuntary gasp of air that rushed in. He captured her parted mouth with his again. He tasted of tangy citrus and chili and something rarer, something indefinable. Something she’d never experienced but wanted, in that moment, to keep forever. Her blood pounded everywhere it came close to the surface and robbed her of strength. Her mouth slid against his—tasting, exploring, feeding—and her hands curled more tightly into his sweater to keep him close. His shifted one hand lower, to press her hips into him and the other, higher, tangling in her hair and taking the weight of her head as she let it fall back to give him more access.

To be in the draw to win a signed copy of Rapunzel in New York, simply leave a comment!

As Nikki Logan’s fabulous New York kiss hits the interweb she’s en-route to that very city herself, heading for the Romance Writers of America national conference in Manhattan. Nikki will check in from Times Square to pick one lucky commenter to win a copy of Rapunzel in New York.

Come back next Sunday, when the winner of today's giveaway will be announced -- and a smooch from Dating And Other Dangers by Natalie Anderson will be posted!
Posted by Robyn Grady