Sue MacKay's letter to her 16 year old self.


Have you told the family you don't want to be called Susan yet? Go on, I dare you.
First thing I’d say is you’ve been born in a time of so much opportunity. Probably more than any generation before you. Which brings me to - be true to yourself and stop trying to please everyone else otherwise it’s going to  cost you big time. You want to study horticulture so go do it. Don’t let mum tell you you can’t. Dad will back you all the way because he’d love nothing more than for you join him in the family flower growing business and maybe take over some day. By the way, that laboratory technician training you’ve interviewed for? You will be good in the lab and even enjoy it, but it isn’t your first choice of career. And a hint on the side – this job will change so much over the years because of technology growing rapidly leaving techs less involved in diagnosis.


About dad: go with him to as many as possible of those concerts you both love. Sadly he won’t be with you for much longer and you’ll be devastated.


It’s cool that you’re playing badminton and the best bit is you’re going to improve so much you’ll play as a rep for Counties. Remember the first time you held a racket and couldn't hit the shuttle to save yourself? Your sport is your safety valve so always, always participate in some form of it. DON'T take up snake training. 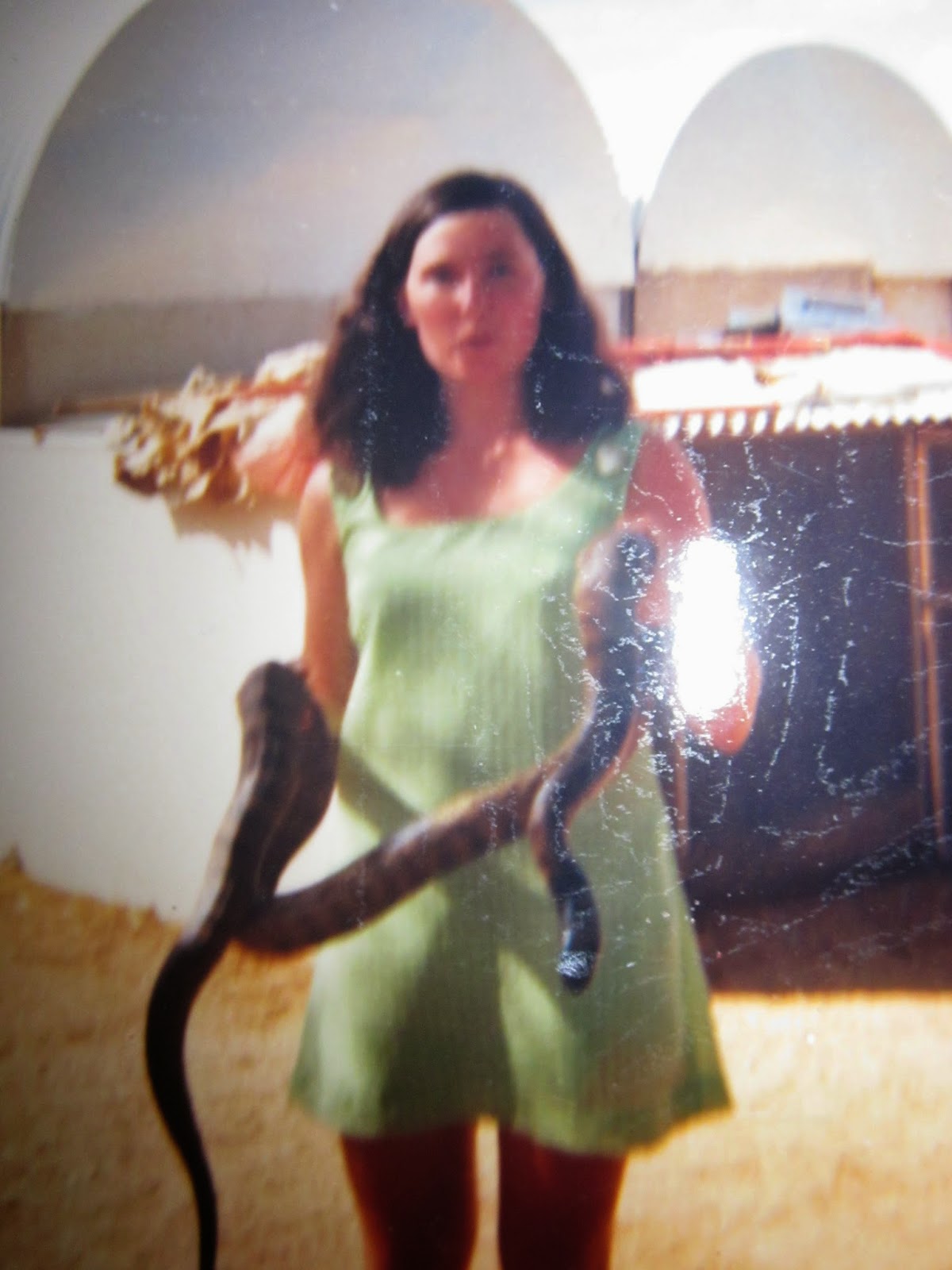 That pesky brother? He’ll finally grow up and you’ll become best friends. Your two closest friends are going to be there forever and though you’ll move away from them, you’ll always be in touch and picking up where you last left off.


If only you wouldn’t marry the first man to ask you but there’ll be no stopping you, because of your desire to please others. You’ll need to be strong. Remember the tough lessons you learned when you went away to boarding school at ten. They’ll get you through a lot.
Eventually you’ll hear what I’m telling you and take charge of your life. Then you’re going to fly – literally. Up into the sky, same as dad and your brother before you, though you won’t become a professional pilot like them. And the best thing? There is a hero out there for you and you will recognize him as such the moment you hear him laugh. Go for him, girl. He’s worth asking out on that first date.


As for family – you’re going to gain a step daughter you’ll adore beyond belief. There’s also a surrogate daughter, surrogate niece, a god daughter and a self-appointed godson lining up for you later on.


And those stories you’re always writing? Don’t stop. Remember all the encouragement dad gives you? Your hero will be just as supportive.

By the way, those legs, make the most of them. They won’t always look so good.

Whether you listen to your older self or not, you are going to have some awesome experiences, love some wonderful people, and achieve your dreams. Go grab life, Sue.