Today we have a smooch from Helen Lacey, but first


... the winner of last week's Sunday Smooch Giveaway is Sharlene.....


Can you please contact Amy Andrews on amy (at) amyandrews (dot) com to receive your prize .........


And now for today's Sunday Smooch from Once Upon A Bride by Helen Lacey ........ 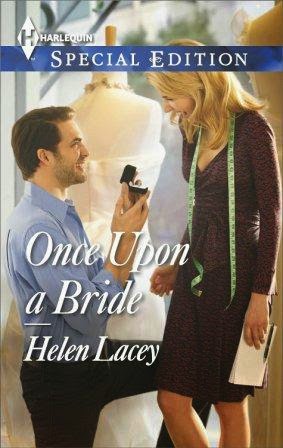 When Gabe Vitali escapes to a fresh start in Crystal Point,
Australia, the former physician isn't looking for a storybook ending. For the first time he's living in the moment. His new five-year plan does not include serious relationships. But he doesn't anticipate his unavoidable next-door neighbor…and an undeniable attraction.


Scene set-up
[Neighbors, Lauren and Gabe have been skirting around their attraction for one another for weeks. At a charity benefit where Lauren is hosting a fashion parade, Gabe finds her alone near the staging area and they discuss a conversation they'd had days earlier]

She stopped again as color rose up her neck. “The truth is, I’m very confused with how I should feel about you.”

“You shouldn’t be,” he said softly. “We’re neighbors. Friends. That’s all.”
If she hadn’t believed he was saying it to put her at ease, Lauren might have been offended. She drew in a long breath then slowly let it out. “After what happened at my parents’ house the other night, I think we’re both kidding ourselves if we believe that.”
“What almost happened,” he reminded her. “There’s no point getting worked up over something that didn’t happen, is there?”
Annoyance traveled up her spine. He thought she was overreacting? Imagining more between them than there actually was? She pressed her lips together for a second and gave her growing irritation a chance to pass. It didn’t. “Sure. You’re right. There’s no point. Now, if you don’t mind, I have to finish getting ready for the parade.”
He didn’t budge. “You’re angry?”
“I’m busy,” she said hotly.
As she went to move past him, one of his arms came up to bar the doorway. “Wait a minute.”
Lauren pressed her back against the doorjamb. He was close. Too close. “No. I have to—”
“I’m trying to make this easy for you,” he said, cutting her off.
Lauren’s gaze narrowed. “I think you’re trying to make this easy for yourself.”
He moved, and his other arm came up and trapped her in the doorway. “Maybe I am,” he admitted softly. “Maybe I’m just crazy scared of you.”
Scared? She wouldn’t have pegged Gabe to be a man scared of anything. Especially not her. “I don’t understand what you—”
“Sure you do,” he said and moved closer. “You feel it, too. Don’t you know I can barely keep my hands off you?”
Lauren had to tilt her head to meet his gaze. “So it’s just about attraction?” she managed to say in a whisper. “Just…sex.”
Their faces were close, and his eyes looked even bluer. Lauren sucked in a shaky breath, feeling the heat rise between them against her will. She wanted to run. She wanted to stay. She wanted to lock the door and strip off her dress and tear the clothes from his body and fall down onto the carpet and make love with him over and over. She wanted him like she’d never wanted any man before.
“I wish it was,” he said and inched closer until their mouths were almost touching. “I wish I didn’t like spending time with you. I wish I didn’t keep thinking about you every damned minute I’m awake, and could stop dreaming about you every time I go to sleep.”
The frustration in his voice was both fascinating and insulting. He wanted her but resented that he did. Thinking of his struggle ramped up her temperature. And it made her mad, too.
“Sorry for the inconvenience,” she said with way more bravado than she actually felt.
“Are you?”
She glared, defiant. “You’re an ass, Gabe. Right now I wish I’d never met you.”
He didn’t believe it. Nor did she. He stared at her mouth. Lauren knew he was going to kiss her. And she knew he knew she wanted him, too. There was no denying it. No way to hide the desire churning between them.
“My vow…” Her words trailed as she struggled for her good sense. “I promised myself I’d wait until—”
“Forget your vow,” he said, cutting off her protest. “Just for right now, stop being so sensible.”
A soft sound rattled in her throat, and Gabe drew her closer, wrapping his arms around her as he claimed her lips in a soft, seductive and excruciatingly sweet kiss. She went willingly, pressing her hands to his chest, and she felt his heart thunder beneath her palm. His mouth slanted over hers, teasing, asking and then gently taking. Lauren parted her lips a little as the pressure altered and the kiss deepened. Everything about his kiss, his touch, was mesmerizing, and Lauren’s fingertips traveled up his chest and clutched his shoulders. He was solid and strong and everything her yearning body had been longing for. When he touched her bare skin where the dress dipped at the back, she instinctively pressed against him, wanting more, needing more. He gently explored her mouth with his tongue, drawing her deeper into his own, making her forget every coherent thought she possessed. 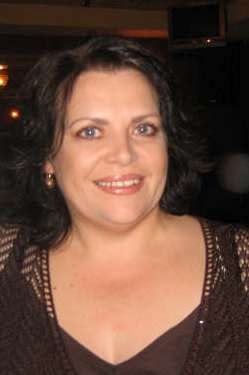 Ever known you shouldn't do something.....but simply had to do it?

Leave a comment to go into the draw to win a signed copy of Once Upon A Bride...

Come back next Sunday, when the winner of today's giveaway will be announced and a smooch from the fabulous Annie West will be posted!

Email ThisBlogThis!Share to TwitterShare to FacebookShare to Pinterest
Labels: Harlequin Special Edition, Helen Lacey, Once Upon A Bride