Today we have a smooch from  Amy Andrews but first ... the two winner's of last week's Sunday Smooch Giveaway are -Helen and Sharlene!

And now for today's Sunday Smooch from ........The Most Expensive Night of her Life 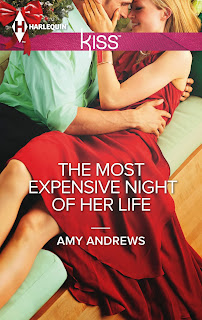 Her million-pound question!
Supermodel Ava Kelly is more used to luxury yachts than London canal boats. But she desperately needs a refuge from the paparazzi and delectable Blake Walker's boat will provide the perfect bolt-hole. This brooding ex-soldier is bound to rescue her, right…?
Wrong. Pampered princess Ava is the last person Blake wants in his personal space—she's far too tempting! But with a million-pound charity donation hanging in the balance Blake can't say no. Now that Ava's close enough to touch, keeping his hands off her is pretty difficult, too! Maybe money isn't the only thing at stake this Christmas….

Ava smiled at him encouragingly. “It’s okay, you know,” she said, “to be a little...daunted. It’s really quite common. Some guys are a little freaked out at first because of who I am...They don’t want to screw it up and it makes them... nervous ... reticent. But really, I’m just a woman.”

She leaned forward, conscious of her gown gaping a little more and the lowering of his gaze. She picked up his hand, and placed it half way up her thigh.


“A flesh and blood woman,” she continued. “Don’t think of me as a...celebrity. I’m just Ava...a woman just like any other.”


Blake’s gaze stayed fixed on where his hand met her flesh as Ava straightened. Her thigh was warm beneath his palm. And very, very female. Something his erection appreciated with gusto. So much that it almost made him forget her ridiculous statement.


Lord. Her ego sure as hell hadn’t been scared into submission last night.


She didn’t intimidate him.
But she definitely got under his skin.
He dropped his hand from her thigh before he did something completely contradictory like smoothing it up. All the way up. He looked up instead – a much safer alternative - as he mentally thrust the temptation aside.
“No, Ava.”
Ava heard the roughness of longing in his voice despite his denial. What was his problem? And then suddenly something else occurred to her and she felt both stupid and insensitive. Throwing herself at him – an injured war veteran.
“Oh God, I’m so sorry,” she whispered. “You’re injuries ...” She shook her head. “I should have thought. I didn’t realise you couldn’t...that you can’t...that you’re...impotent ...I’m so sorry...”
Blake almost choked at her wild assumption. Right at this second he’d never been more bloody potent in his life.
Or more goaded into proving it.
“Screw it,” he growled forgetting all the reasons he shouldn’t as he grabbed her hand and yanked.
Ava barely had chance to catch her breath before she landed hard in his lap, looming over him, her thighs straddling his. Her gown had flown open and her bare breasts grazed the neckline of his shirt. Her hands clutched for purchase, finding the hard wall of muscle that constituted his chest.
But she didn’t protest or stop to clarify. She just followed her instincts. And her instincts led her to his mouth. A mouth that was seeking hers, his fingers spearing into her hair, his hands dragging her head down to his.
Her mouth down to his.
And when his lips touched hers, full and firm and open, she opened to him too, parting instantly, her nostrils full of the intoxicating scent of him, her tongue savouring the hint of beer and the fuller, earthier taste of aroused man. 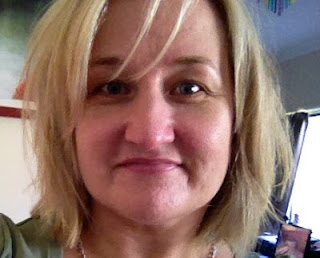 I hope you enjoyed the Smooch :-)
I'm giving away a copy (paper and international) of The Most Expensive Night Of Her Life to one lucky person who leaves an answer to this question in the comments -  Ever met a celebrity and been all daunted and tongue-tied? Does fame intimidate you?

Come back next Sunday, when the winner of today's giveaway will be announced -- and a smooch from . Jen St George will be posted!