the winner of the last  Sunday Smooch Giveaway will be announced next week .....


And now for today's Sunday Smooch from BOund By Her Ring by Nicole Flockton........ 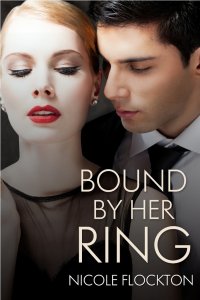 Luciano Morelli has perfected a plan to get revenge on his runaway wife; confronting her at the opening gala for her father’s hotel. What he didn’t plan on was the flaring of emotions the moment he sees her again.


Jasmine Anderson has no memories of her husband. Her only link to him are the wedding rings she wears. Luciano storms back into her life announcing he is her husband, demanding she join him on a business trip or see her father’s livelihood crumble.


Passion reignites as they rediscover what first drew them together. But more than just memories are lost. Can their bond be rebuilt or will secrets infect their already shattered trust?


Scene set-up: [ Jasmine and Luciano have connected again at the opening of her father’s hotel. Luciano has danced her out onto the balcony to talk to her. They have been apart for a few months and he doesn’t believe she has amnesia.]

“Amnesia? How convenient.” His smug attitude riled her even more. So many people thought she was faking her memory loss. How do you forget your own husband? they’d ask. She’d had enough, she wasn’t going to let this man intimidate her.


“Oh, keep your sarcasm to yourself. I’ve had enough of your attitude. Now if you’ll excuse me, I’m going back to the party.” She made a move to head back into the ballroom.


Quick as lightning an arm reached out and took hold of her. “I’m not finished with this conversation.”


Jasmine attempted to pull herself out of his grasp. “Well I am, so let me go.”


“No, you’re not going anywhere.” Tightening his hold, he lowered his head towards her.


He stopped, his mouth a hairbreadth away as he whispered, “You say you’ve lost your memory? I’ll make you remember.”
She could do nothing as he closed the distance and his lips captured hers. She was expecting an onslaught instead she received a slow, tortuous journey. He sipped at her lips, encouraging her to open for him. It felt so right to give in. It felt so right to be held. It felt so right to want this man. With a moan she opened her mouth beneath his. He deepened the kiss, their tongues doing a slow dance of remembrance, learning about each other again. How he tasted. How he felt. How he made love.


Jasmine tried to grasp the fleeting thought, but like a bubble, it burst and disappeared in a flash. The memory was elusive, but enough to break the spell. She pushed hard on his chest. Her hand rose and he caught it just before it connected with his cheek.


Jasmine’s anger was palpable now. “How dare you. You have no right to kiss me.”


Laughing harshly he looked down at her hand, his fingers brushing over the rings adorning it. “That’s where you’re wrong. I have every right.”


Something in his tone made her apprehensive. “Wh-What do you mean?” she stammered, her fingers tingling as he stroked the rings reverently.


“You see these rings, carissima?” He raised her hand to her eye level. “I put them there.”


Her stomach lurched and her heart pounded loudly in her mind. “No, no. It can't be.”


“Yes Jasmine, it can be. I chose them for you. I placed them on your finger. You’re mine Jasmine. Mine.” 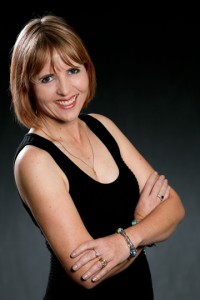 Bound By Her Ring is available now from Escape Publishing.
I love Reunion stories – what is your favourite type of story – friends to lovers? Brother’s best friend? Reunion?
Leave a comment to go into the draw to win a eCopy of Bound By Her Ring.
And come back next week when the winner will be announced, and another Sunday Smooch will be posted......