Sunday Smooch: In His Eyes 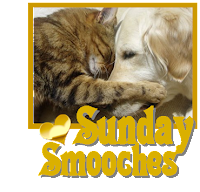 Today's Sunday Smooch is coming to you live from the RWA 2012 conference on the Gold Coast! There has been quite a bit of wine consumed over the past few days, so it's fitting that today we have a smooch from the vineyard-set In His Eyes by Emmie Dark.

But before we get into winery territory, the winner from Nikki Logan's Slow Dance with the Sheriff Smooch last week was Kylie Griffin! Congratulations, Kylie! Please contact Nikki by email - nikki (at) nikkilogan.com and she'll send you a copy of Slow Dance With the Sherrif!

In His Eyes: What if everything he thinks he knows about her is wrong?

Hugh Lawson and Zoe Waters have a tangled history. But she left ten years ago and he's put her behind him. Except she's here again—just when Hugh's ready to make an offer for her family's legendary vineyard. And her version of those long-ago events is enough to make him question everything he thought he knew.

Hugh can't let the past destroy his plans for the future. Which means he has to unravel the truth. But as he does, he begins to realize that he may have been as responsible for what happened as Zoe. And that going back could be the only way to move forward.

And now for today's Sunday Smooch: 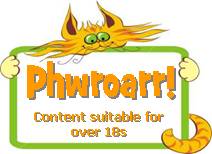 SET UP: Hugh and Zoe have been working together and, in doing so, some of the truths about their past together have been revealed. Zoe needs comfort -- and maybe something a little more...

Oh God, if only he could turn back the clock. “I would have. If I’d known—” His fists tightened in frustration. “I’d have been there before you could blink. I promise you. If I’d only…if I’d known…” With a frustrated, growling sigh, Hugh stopped himself as his voice rose with the accusation and hurt of his seventeen-year-old self.

Zoe shrugged and her throat worked as she swallowed.

She didn’t believe him, he could see that. The spark of anger somewhere inside him grew brighter. He could see it clearly now. Even once she’d been free from her aunt, she hadn’t tried to come back to him because she couldn’t bring herself to trust him again. Those few phone calls, the ones his father had intercepted, had only strengthened her conviction. Zoe Waters had never been able to believe that anyone could love her. Not even him, after everything they’d been through.

That realization, the utter wretchedness of that fact, doused his anger. For now, his sorrow and sympathy overwhelmed all else.

He stood up in a rush, ignoring the chair that tipped and fell to the floor with a crash. Zoe was in his arms a moment later, and he wasn’t sure if it was because he’d yanked her from her chair or she’d leapt there herself. It didn’t matter.

All that mattered was holding her.

She shivered against him, and he tucked her head under his chin, pulling her closer, trying to make the memories disappear, again desperately wishing he had some kind of magic power that would enable him to change the past.

They stood like that for long minutes, his arms around her, her head against his chest. She wasn’t crying, still hadn’t shed a tear. Zoe was motionless except for her trembling that every now and then built to a shudder. When that happened she’d push herself closer to him, as if she were escaping from something. Hugh pressed occasional kisses to the top of her head, but didn’t say anything.

What was there to say? How could any words make up for what she’d been through? For what they’d both lost?

Her arms were trapped between them and she moved, pushing herself away a little, her hands rising to his neck. But it wasn’t until the cool air hit his chest that he realized she was undoing the buttons of his shirt.

She pressed an open-mouthed kiss against the hair on his chest as she pulled his shirt apart. “Mmm?”

Her little tongue darted out to lick him before her hands moved lower and began opening the next button in line.

“Zoe, what are you doing?” Even as his brain puzzled over her moves, his body responded. Her touch, her mouth, the tickle of her fingers against his skin as she popped each button through its buttonhole… His body strained towards her even as his every rational sense told him to pull away.

“I should think that was obvious,” she mumbled against his skin, trailing kisses down his torso, moistening his skin with her attention with every button she undid. One hand skated down his body and she trailed cool fingertips, with the lightest of touches, over the front of his rapidly tightening jeans.

“Wait.” Hugh grasped her wrists and took a step back. Her flushed face looked up at him and it was such a contrast from the pale, wan woman he’d just been speaking to he was almost shocked. “Are you seducing me?”

She tried for a seductive smile, but it spoke more of desperation than desire. “Do you have a problem with that?”

“Zoe…” His tone was a warning. He’d never before felt such powerfully confused desire warring inside him. Was making love now, after the conversation they’d just had, the right thing to do? Was it even vaguely appropriate?

Zoe’s expression turned pleading. “Please, Hugh. I need this. You…” She swallowed. “You made me remember it. Now you have to make me forget, make it go away again. You got what you wanted. Help me, please, I need this.”

Perhaps she wasn’t the only one. 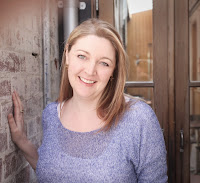 Emmie is running a promotion on her blog throughout the month of August. Anyone who leaves a comment will go into the running to win a pair of beautiful Riedel wine glasses.

Emmie has also been providing daily blog updates from the RWA conference, so go check out her posts -- and don't forget to leave a comment!

You can also win a copy of In His Eyes by leaving comment right here! Tell Emmie what your favourite drink is -- it doesn't have to be wine!
Posted by Emmie